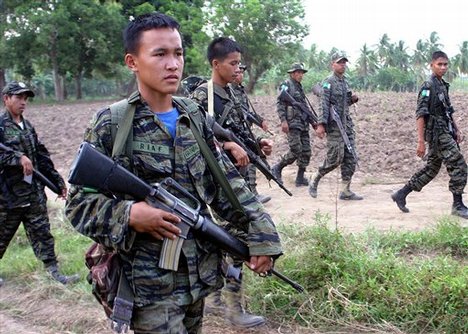 1. What is your opinion regarding the newly forged framework agreement?

These have to be negotiated in detail and put down in four annexes which will form part of the Framework Agreement. The current draft contains certain dangers.

There is a lot of dependence on the GPH executive and legislative branches. For example, “the draft Bangsa Moro Basic Law submitted by the Transition Commission shall be certified as an urgent bill by the President.” Furthermore, “There shall be created a Transition Commission through an Executive Order and supported by Congressional Resolutions.” While there is no express requirement of adhering to GPH Constitutional and Legal Processes (as in the Tripoli Agreement of 1976) there are, in essence such requirements, and GPH Panel Head Prof. Marvic Leonen has declared that everything in the Framework Agreement must be in accord with the GPH constitution and legal processes.

Even financially, it is the GPH that plays the key role. In VII Transition and Implementation, no. 6 states: “The GPH shall allocate funds and provide other resources for its (Transition Commission) effective operation.”

2. Some sectors say it is still a framework. Do you think vital issues that affect the lives of ordinary Moro will be included in the framework?

LJ: Most certainly, the issue regarding revenue and wealth sharing has still to be negotiated in detail. The statement “The Bangsamoro shall have a just and equitable share in the revenues generated through the exploration, development or utilization of natural resources obtaining in all the areas/territories, land or water, covered by and within the jurisdiction of the Bangsamoro, in accordance with the formula agreed upon by the Parties.” is still very general.

3. Would there be a new perspective in governing the Bangsamoro homeland under the proposed Bangsamoro that will replace ARMM?

LJ: It remains to be seen how the Bangsamoro, the new autonomous political entity will be formed. The present GPH-MILF Framework Agreement to be signed next week is heavily tilted towards the GPH and lessens the independence and autonomy of the Bangsamoro.

4. What is your reading on the posture of the Aquino regime regarding the forged framework? Some sectors say this will be used in Mindanao to gather more votes for Liberal Party candidates.

LJ: The Aquino regime is blowing this out of proportion and making big propaganda for itself to cover up the basic problems of the Filipino people, such as the series of oil price hikes, soaring prices of basic commodities, demolitions of urban poor communities, lack of genuine land reform and national industrialization, and violation of national sovereignty in allowing US military intervention in the country.

He also hopes to use the targeted signing by the end of this year of the definitive Framework Agreement with the four annexes to benefit his candidates in the next elections.

LJ: That is a clear requirement, which makes the Bangsamoro (the new autonomous political entity) dependent on the constitutional and legal processes (including a plebiscite) of the GPH. Amending the constitution will also be used to take away remaining provisions protecting our national patrimony and open the way for full foreign ownership of lands, mineral resources, utilities and services.

6. How will the forged framework affect the NDFP-GPH peace negotiations?

LJ: The propaganda of the GPH on the signing of this Framework next week is to pressure the NDFP to agree on a ceasefire and resume formal GPH-NDFP peace negotiations, without complying with basic binding GRP/GPH bilateral agreements such as the Joint Agreement on Safety and Immunity Guarantees (JASIG) and the Comprehensive Agreement on Respect for Human Rights and International Humanitarian Law (CARHRIHL). The JASIG requires the GPH to release 13 NDFP Consultants in GRP prisons. The CARHRIHL requires the release of political prisoners who have been charged, detained or convicted for common crimes in violation of the Hernandez political offense doctrine.

There are some 385 political prisoners, 107 of them arrested and detained under the current Aquino regime. But as stated above, it remains to be seen what will happen in the coming period of admittedly tough and challenging negotiations on the details of the current draft framework agreement.