“On the one hand is the counter-revolutionary camp representing the labor aristocracy, that layer of the proletariat that through the development of capitalism, comes to resemble very closely the lower layers of the bourgeoisie. On the other is the revolutionary camp representing the lower layers of the proletariat.”

-Boris Goldenberg: French delegate at the Second Congress of the Communist International

Not since Arighiri’s “Unequal Exchange” on the academic terrain and the brief but evocative musings of Butch Lee and J.Sakai in “Settlers” and “Night Vision” has there been a serious book length attempt to conceptualize the global split in the working classes in the era of imperialism which the revolutionary communists of the Third International accepted as common knowledge without even dreaming of the extent to which this split would widen as imperialism far from being rapidly overthrown continued to entrench itself.

Cope’s text with all its flaws must first of all be placed in this context-as a pioneering blow against the hegemony of imperialist economism in the opportunist swamp of the metropolitan left. The obscuration of the real antagonistic divisions and stratification of the world working class on the lines of nationality and gender is the stock in trade of the workerist left which asserts a defacto white male hegemony under the cover of a spurious proletarian unity.

This opportunist front stretches from insurrectionary fringes of anarchism through Trotskyism all the way to the conservative ML sects and has only been bolstered in its complacency by the reductionism, intellectual laziness and megalomania of minuscule Third Worldist factions. As such one can only welcome Cope’s contribution to the debate, regardless of any limitations and errors. 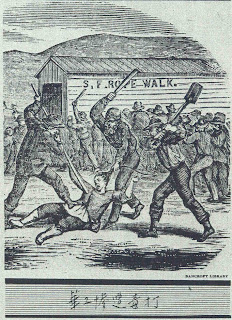 The theory of the labor aristocracy: A dividing line between Maxism and opportunism

Cope’s work can be viewed in the broad historical sweep of ideological struggles against eurocentrism and chauvinism in the Marxist tradition. Beginning with the struggle of the Bolsheviks and the Third International against the pervasive white racism and colonial chauvinism of the old socialist parties which served as mouthpieces of the metropolitan and settler working classes and continuing with the work of Sultan Galiev, Mariategui and ultimately Mao and the Chinese communist party clearly placing the center of gravity of the world revolutionary process in the struggle of the oppressed nations.

For Lenin the bourgeoisfication of the metropolitan working class was a process restricted by the impending collapse of imperialism. Such an optimistic assessment was proven decisively wrong by historical developments. Imperialism stabilized and continued to develop and deepen the structural inequalities within the global class structure till the point of extreme polarization we witness today.

Cope traces the split in the working class all the way back to the participation of the English masses in the colonization of Ireland and carries the narrative forward from there through the development of the labor aristocracy in the classical phase of colonial imperialism and its political expression in the social chauvinist parties of the Second International, the rise of fascism in the second tier imperialist countries, the post war Keynesian welfare state, and the current neo-liberal era of mass metropolitan consumption fueled by cheap imports from low wage export oriented economies and easily available credit. The nexus of reformism and parasitism is social fascism

The clarification of the real extent of the stratification of the world working class provided by Cope which opportunism works so arduously to conceal is especially valuable in the face of the continuing backwash of “99 Percenter” populism from Occupy (A stance at least as unscientific and reactionary as that of Five Percenters incidentally!).

A clear understanding of the global class structure and the international split between the labor aristocratic and petty bourgeois mass concentrated in the metropole on the one hand and the proletarian and semi-proletarian strata concentrated in the periphery and semi-periphery on the other exposes all the reformist schemes for further social democratic integration of the metropolitan working class through welfarism, protectionism and so on as reactionary measures to further bribe and pacify an already privileged minority while primitive accumulation through genocide continues in the oppressed countries. The convergence between outright fascist national populism and a redistributionist leftism which fails to question the basic genocidal trajectory of the imperialist social formation on a global scale demonstrates the clinical accuracy of the term “social fascism”. 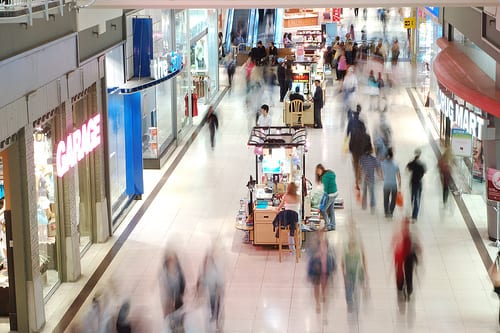 Furthermore an emphasis on imperialist parasitism though a necessary antidote to social chauvinism carries its own pitfalls-specifically it may become a justification for a defeatist line of passivity and isolationism on the part of communists in the metropole.

Cope with his more or less explicit denial of any revolutionary potential internal to metropolitan society tends to leave the way open for such a stance. This can of course be justified by the historical failure of mass revolutionary movements with any chances of success to develop in the imperialist centers outside of the brief period of global collapse occasioned by the First World War (and itself centered in the defeated powers, Germany in particular). At the same time though Cope can be reasonably accused of attempting to minimize the contradictions within imperialist society in order to bolster his position. For example when following studies by conservative economists he (correctly) notes the way in which cheap imports from low wage, export oriented economies on the periphery have shored up the level of consumption of the metropolitan working class in recent decades he fails to factor in the rise in the cost of housing, health care and education over the same time period.

Generally one can summarize the favorable factors for construction of a revolutionary front in the metropole as follows.

-Immigrant populations from the oppressed countries.

-The tendency towards re-proletarianization of the oppressor nation labor aristocracy in the metropole imposed by the objective dynamic of capital-eg expulsion of living labor from the production process and so on.

To conclude although Cope’s work could potentially be used to justify a dangerous passivity among metropolitan communists on the whole we recommend it as a sorely needed ideological weapon against social chauvinism.