Between revolutionary realism and “socialism from below” 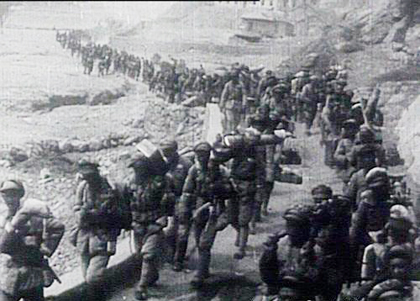 Black Orchid Collective’s recent piece “Between the Leninists and the Clowns: Avoiding recklessness and professionalism in revolutionary struggle” highlights the disingenuous inconsistency of the entire workerist and movementist tendency it originates from.
It asserts the necessity of construction of cadre organizations as an alternative to the swamp of amorphous informality while denying the centrality of the party form to the effective constitution of the class as a revolutionary subject.

The small and fragmented cadre collectives are advised to remain as such-abandoning the perspective of developing into the strategic nerve center of the diverse movements of the proletariat and popular masses-integrating the spontaneous activity of the masses into a single coherent strategy for the imposition of the dictatorship of the proletariat as the political superstructure required for the transitional process of abolition of capitalist production relations.

Instead they are advised to tail the spontaneous activity of the masses:
“The vanguard is simply whatever layer of the working class is moving fastest toward revolution at any given time – for example, a significant section of the Black working class acted like a vanguard during the 1960s. A small cadre group may aim to become one small part of a much larger vanguard- but it can only do that by advocating for, supporting, merging with, and defending the autonomy of broad working class revolutionary self-activity. In other words, it can only do this through generalized insurrection. Any attempt to control this self-activity will either kill the self-activity – or, much more hopefully, will kill the parasitic cadre organization, or make it as irrelevant as a dinosaur.”

The identification of whatever element of the masses is developing the leading edge of practices of confrontation with the vanguard is an economist deviation which denies the centrality of political line and strategic centralization and coordination.

The Party is the coalescence of the most advanced and conscious elements of the class and the masses-it is not a parasitic excrescence of the self-activity of the working class but the cohesion of this activity into a subject capable of  coherently developing a strategic process.
“We need a significant layer of the working class to take up all the things that small cadre organizations currently do, and more but at a mass scale, not just among a small exclusive group.”

This is precisely the development of the hegemony of a revolutionary political line among the masses-the merger of the concentrated experience of the class struggle of the proletariat with the activity of the class on a broad scale.
What is this if not the application of the mass line? The integration of a revolutionary line with the activity of the masses is precisely what can be seen with the people’s wars developing in India and the Philippines in the experience of the Chinese revolution and the Peruvian communist party.

The cohesion of a “significant layer” of the working class and the masses around the development of a revolutionary process requires and involves inherently the emergence of an advance detachment from the masses and out of the experience of the mass struggles and organization of this advance detachment as a party around the communist program and the articulation of a strategic line for the implementation of this program.

BOC’s article attempts to obscure this through the regurgitation of the classic anti-communist line of the international communist movement as an elitist conspiracy of the petty bourgeois intelligentsia employing the workers as cannon fodder.

The metal worker and poor peasant cadre of the Russian and Chinese revolutionary movements would  have been surprised by such a simplistic and misleading smear against the largest and most effective popular movements in history.

We are compelled to ask what is in fact “outdated”?
The living tradition of MLM which generated the first successful proletarian seizure of power in history, which organized a mass movement of unprecedented size against the transformation of the proletarian dictatorship into its opposite and carried out the most comprehensive critique in practice of the division between mental and manual labor which the comrades of BOC justly pinpoint as problematic or the sectarian workerists like Draper and James whose idolization of the spontaneity of the masses has never contributed significantly to any actually mass revolutionary movements?

One may also wonder if the first worker’s state in history which developed a non-market economy in the midst of imperialist encirclement, provided the most comprehensive social guarantees in the world at the time and was a beacon of inspiration to anti-imperialist struggles globally was an “authoritarian nightmare” perhaps another such “nightmare” on an even more extensive scale is precisely what we need.

We also note in passing and without the least surprise that the opportunistic “post-Maoists” of the Kasama affiliate Red Spark have reposted this unabashed liquadationism without substantive comment.