Interview: Nepal on the brink of another ‘people’s war’ 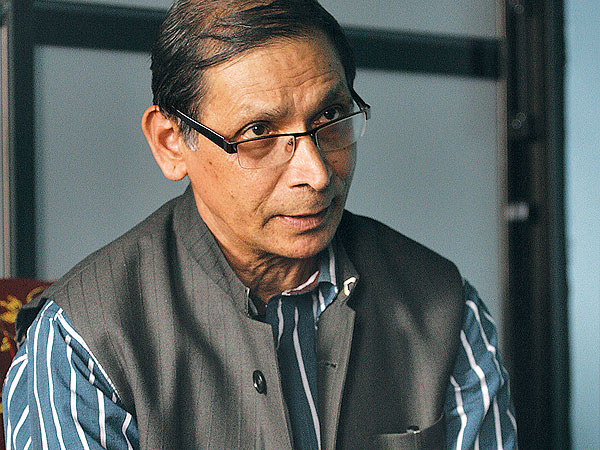 Political turmoil continues in Nepal after the break-up of the main party, the Unified Communist Party of Nepal (Maoist). Mohan Vaidya ‘Kiran,’ former senior-vice chairman of the party, tells DW about his political plan.

Mohan Vaidya “Kiran” is the former senior-vice chairman of the Nepal’s main party, the Unified Communist Party of Nepal (Maoist) and is founder of the split-off Nepal Communist Party (Maoist) faction.

DW: There are reports that you have parted ways from Nepal’s Unified Communist Party of Nepal (Maoist). Is this true?

Mohan Vaidya Kiran: Yes, this news is correct. The party was not talking about the interests of the common man. The achievements of the People’s War (the Nepali Civil War) that was fought for ten years have been forgotten by the party. Dreams of people were not fulfilled. That is the reason we have parted our ways and have formed a new party.

What will be the name of your party?

The name of my party is Nepal Communist Party (Maoist).

What did Prachanda, Former Prime Minister of Nepal, say on hearing your announcement about the split from the party? What was his first reaction?

It has been a couple of days since we last spoke to each other. He called me up during our national conference. He said that we should have a discussion one last time; He asked me to revoke the division of the party and stop it from splitting up. I clearly told him that that could not happen now. When we officially get separated is when I will speak to him again.

Did you also speak to the current prime minister of Nepal, Baburam Bhattarai? He is also a leader of the UCPN(M). What did he say to you?

I met him 3 to 4 days ago. He didn’t day much about it. When it comes to his political thought, he has more of a national vision. He wants to save the government.

The political party that received maximum public vote has split up. Don’t you think this step of yours will deepen Nepal’s political crisis?

There is a crisis in the absence of the executive and parliament; we have broken our ties with the largest political party, the UCPN(M). We will use this crisis to the benefit of the people. The old parliamentary system is what brought it on. We will try to turn this crisis into a revolution.

You are talking about a revolution. Please be more specific – do you mean an armed struggle?

We will analyse the situation and then will decide our next plan. Nepal used to be a feudal society, then it became semi-colonial and now it is a neo-colonial society. So we have to usher in a revolution.

You have formed a party. And now you are openly admitting that you will go for another “people’s war.” Prachanda’s faction and other political parties also have base. Don’t you think this will lead to a civil war?

We will take a step after analysing the national and international situations. The decision whether or not we have a people’s war will be based on that. But the thing is we have to put all efforts together to accomplish change.

Will you take part in the Nepalese Constituent Assembly elections to be held in November this year?

I will not participate in the November elections. Whatever happens at the last moment has yet to be seen, but for the moment, the answer is no.
The elections are still up in the air. There are other parties that are also not participating; they don’t want an election, they want a new constitution. But we have been shouting that under these circumstances, Nepal’s political problems cannot be resolved. We should unite and hold a conference. Forming a constituent assembly will not help the political development of the country.

Whom do you hold responsible for Nepal’s crisis?

Top people of the big political parties are responsible. Government is also responsible. People who hold positions in government and the Nepalese Constituent Assembly are to be blamed.

Those who held power and were given the responsibility to draft a new constitution failed. This is the failure of the parliamentary system.

If you are annulling the parliamentary arrangement then do you have another alternative?

We want a people’s republic in Nepal. After that we want to adapt Socialism and Communism. We don’t accept the present parliamentary arrangement.

What do you think is India’s role in Nepal?

India does not have a positive role. Nepal is a neo-colonial state. According to our analysis, the ruling classes of India and Nepal are working together and are exploiting the people of Nepal.

The leaders of the UCPN(M) have been considered corrupt. It has all been talked about in whispers. What is your say on this?

I would not like to talk much about it. But the financial transparency that is required is not there.

What is your next step?

There will be a meeting of the Central Committee. We will run a campaign for party and national independence. I will participate in the preparation of the movement and will establish discipline in the party.

How would you evaluate the tenure of Prime Minister Baburam Bhattarai?