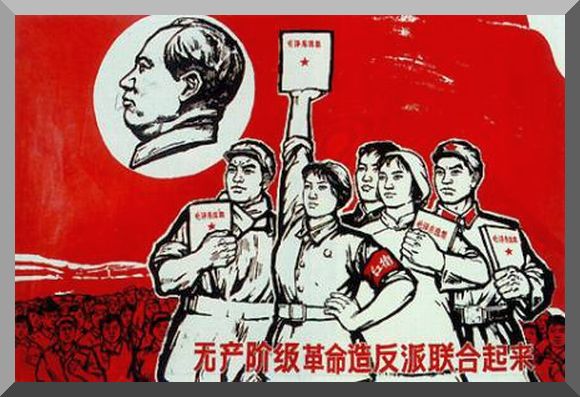 Marxism was distilled as the science of revolution of international proletariat during the course of historical experience and development of class struggle. It is well known to all that Marxist science founded by Karl Marx through an intermittent struggle and show of a great genius has three component parts, including philosophy, political economy and scientific socialism. Being a science, continuous development of Marxism is a natural process. In the light of new experiences and problems of class struggle, Lenin raised Marxism in its totality to its second stage of development i.e. Leninism. Today this science has in the very process of struggle entered into a third, new and higher stage of development. This third, new and higher stage is the stage of Maoism developed by Mao Tse-tung. Thus, in the hands of international proletariat today there is Marxism-Leninism-Maoism as a total and integral entity of universal theory. Without grasping Maoism as the Marxism-Leninism of present day world nobody can be a true communist. Because of its being the Marxism-Leninism of the present day world, reactionaries and revisionists the world over have been attacking Maoism and Maoists viciously. Just as Marxism-Leninism was established in the process of struggle by the communist revolutionaries against all sorts of reaction, revisionism and opportunism, so will Maoism be established from the midst of vicious struggles.

In our movement, despite the spirit of grasping Mao’s contributions as Marxism-Leninism these contributions have been expressed by the terminology ‘Mao Tse-tung Thought’. We have been fighting against reaction and revisionism by accepting Mao’s contributions as the universal theory of the proletariat and declaring “Mao Tse-tung Thought is the Marxism-Leninism of the present day world.” However, with the domination of Right revisionism in the international communist movement after the death of Com. Mao and restoration of capitalism in China, the situation has undergone a change. Today, the revisionist Deng clique has been killing the spirit of Mao’s revolutionary teaching by using the terminology of ‘Mao Tse-tung Thought’. Presently, the terminology of ‘Mao Tse-tung Thought’ has been used, on the one hand, by the reformists in the sense of a hypothesis according to the actual weightage of the word ‘thought’ and on the other, by the communist revolutionaries in the sense of a universal principle. In this context, to continue with the usage of misleading terminology “thought” despite having the scientific terminology of “ism” with the weightage of expressing a universal principle is nothing but to provide loophole for Right revisionism.

Hence it is essential for communist revolutionaries who have already been grasping Mao Tse-tung Thought as today’s Marxism-Leninism to use the terminology ‘Maoism’ readily and firmly. In the light of rightist attacks on Mao’s contributions after the counter revolution in China many of the former revolutionaries, too, have been terrorized into attempting to use the terminology ‘thought’ in the sense of downgrading Mao’s contributions, and not accepting it as the third stage of development of Marxism and as a universal principle. Here lies the crux of the problem. Such tendencies ultimately lead to the direction of reformism and revisionism. Because of this situation, theoretical importance of the interpretation of development of the three components of Marxism by Mao and the usage of the terminology ‘Maoism’ has increased all the more. Therefore, it is essential here to explain briefly the important contributions made by Mao in the field of philosophy, political economy and scientific socialism, which have raised Marxism to a new stage. 3. Profound analysis and application of the question of one dividing into two as the principal aspect of dialectics during the anti-revisionist struggle, has made available in the hands of the revolutionaries a sharp weapon to fight against revisionism.

4. The analysis of consciousness and superstructure playing decisive role in certain concrete situations, while attacking the bourgeois thinking of the revisionists about the “theory of the productive forces” and “economism” with a metaphysical and one-sided approach on the question of interrelations of base and superstructure, has exposed the pseudo-bourgeoisie.

5. The experimentations of Mao on the need and process of turning philosophy into an invincible weapon by moving it out of the library and reading rooms of the philosophers, have provided the basis for turning dialectical materialist philosophy into a mighty physical force. 2. Mao has played important role in laying a firm foundation of the basic principles of economy in the socialist stage (with a critical study of the experiences of the Soviet Union). The revolutionary significance of the slogans “Grasp Revolution, Promote Production” and “Red and Expert” put forward with the view that not by bureaucratic command but by increasing the initiative of the masses (through massive propagation of correct economic policy) can the socialist economy be developed firmly, is quite evident.

3. In the context of New Democratic revolution, the rationality of such economic policies as to destroy feudalism on the basis of land to the tiller, to confiscate all foreign and domestic economic establishments with a monopolistic character and to limit, control and guide private capital that do not control public life, have been proved in practice. From the above facts the developments made by Mao in the field of political economy is quite clear. C. The Field of Scientific Socialism
1. Mao’s historical contribution in the development of the total concept of New Democratic revolution in the oppressed nations is clear to all.

2. The international proletariat has been armed with a powerful weapon with the development of the theory of People’s War as the pinnacle of the Marxist military science on the basis of the experiences of class struggle in the era of imperialism. This theory has clarified the scientific method of defeating a powerful enemy. The significance of Mao’s crisp saying, “Power grows out of the barrel of a gun” is self-evident.

3. The theory of continued class struggle during the entire period of socialism and from this the theory of continuing revolution under the dictatorship of the proletariat as developed by Mao keeping in mind the counter-revolution in Soviet Union, has been a mighty theoretical weapon to prevent restoration of capitalism in the socialist period. The successful implementation of the total plan of the Great Proletarian Cultural Revolution in China as the third great revolution carried out under the leadership of the proletariat, has been the historic beacon for the world proletariat.

4. Such sayings (of Mao) as “Imperialism and all reactionaries are paper tigers” and “In the coming 50 to 100 years, the world will pass through great upheavals” have unique significance. This has made great contribution in formulating the strategy of revolution for the world proletariat. Mao himself has used these in the struggle against Russian revisionism and American imperialism.

Thus, in the totality of the three components of philosophy, political economy and scientific socialism Mao has raised the Marxist science qualitatively to a new stage, in this situation the proletariat has acquired the theory of its liberation in the form of a single weapon of Marxism-Leninism-Maoism.

In the Nepalese communist movement, arguments against the usage of the terminology ‘Maoism’ have been forwarded even from the direction of undermining Mao’s contributions. Without refuting them it is not possible to move ahead. Primarily they are as follows:

The people who argue this way have neither understood the simple law and development process of science, nor grasped Marxism as a science. To attempt to confine the development of science to the speed of development of an era is absolutely unscientific and ridiculous. In a single era science can develop into many stages. If one really talks of an era, from the point of view of development of society imperialism, too, is not any new era but only the highest and moribund state of capitalism. Therefore it is not proper to say ‘Leninism’. Bankruptcy of those advancing the argument of an era is thus, clear.

2. Some people say, since Mao has no original contributions it is not appropriate to use the terminology ‘Maoism’. According to them, whatever Mao has said was already told by Lenin. The situation gets all the more serious when the people supporting the usage of the terminology ‘thought’ argue that way. It is no doubt that the people who argue this way have taken the road to abandoning even ‘Mao Tse-tung Thought’ and towards rightist opportunism. Mao’s contributions have already been discussed briefly. However, the question may arise if one argues this way, why not say even Lenin had interpreted Marxism in a new context? Why have such people then accepted Mao Tse-tung Thought as their guiding principles? The answer is simple only to mislead the people. If not so, either they have to reject Mao Tse-tung Thought as the guiding principle of the party or should stop the act of undermining Mao’s contributions.

3. Some people are found to argue, we should not call Maoism in haste; nobody will hear our words in such a big issue and ever that terminology cannot be established also this will merely flare up unnecessary dispute. Even if there may be honesty in the intention of many of the people who argue this way, the arguments themselves donot conform to the Marxist method. The question here is of right or wrong and no of haste or no haste. Such arguments are wrong because they will ultimately lead to unnecessary compromise and merely work towards perpetuating illusion.

In conclusion, to conduct anti-revision is struggle at a higher level, to accelerate the process of development of a new type of and a militant Communist Party, to provide new pace to the work of development of revolutionary struggle and People’s War the usage of not the misleading terminology ‘Mao Tse-tung Thought’ but the scientific terminology ‘Maoism’ is absolutely essential.
Resolution adopted by the National Unity Congress of the C.P.N. (Unity Centre), December 1991.