Reclaiming Socialism as a Revolutionary Concept

As the Caption says...

In this day and age the word “Socialism” and adherents described as “Socialist” have lost any discernible quality amongst whatever political individuals or organizations that exist in the US and greater western world. Right-wing pundits constantly accusing the likes of Obama and the US Democratic Party with these terms as if they were derogatory epithets meant to discourage anyone from expressing interest in Socialist philosophy and the constant linking between this idea and visions of the former USSR and Stalin. There are primary reasons for this; one, the degradation of the revolutionary consciousness of the proletariat, and two, the successful consolidation of political and socio-economic power by the bourgeoisie. Specifically within the US the bourgeois dictatorship has continuously launched a dominating line of propaganda leaching into the psyches of a large majority of the domestic population. Regardless of a given person’s class orientation, the mythologization of US history has had the desired effect by those who propound such rhetoric meant entirely to legitimize the social order; an ethos so effective that even those who’s inherent interests are completely at odds with the bourgeoisie have come to embrace these tenets as if it were their own ideas and objectives.

The US bourgeois line is one that perpetually emphasizes that the level of technological advancement and relative comfort in all aspects of our lives is due to the inherent Capitalist nature in us; raising of the individual to epic proportions, romanticizing the notion of the individual, including the rights of self-interest and the implications that ensue. Through this magnification of the individual as the ethos and drive for all action and accomplishments of subsequent generations to have lived under this domestic rule, it purposefully ignores the contradictions and antagonisms between the two principle classes, thus whitewashing the reality of US history into an illusory unification of these elements repelled by one another. Among many things achieved by the US bourgeois class this is of essential importance (the advancement of false consciousness as a result of triumphant commodity fetishism and reification); the dominating propaganda implemented throughout points of production, the market place, public education and the nuclear family, we see the effects of this successful campaign. 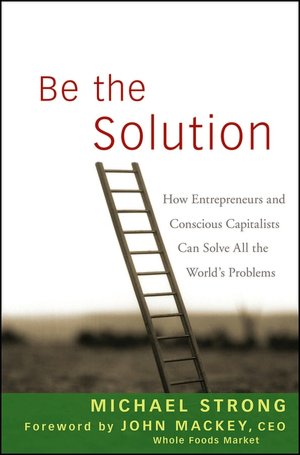 The correlation between the prevalent propaganda of the US bourgeoisie and the contemporary understanding of “Socialism” becomes more apparent after the consideration of the above-mentioned elaboration. Socialism as understood in the most “progressive” sense this day is epitomized by an image of something that equates humanism within the context of Capitalism. The contradictions within this realm of “Capitalism with a human face” will never be overcome; there never can be an exchange of power between the two classes through the mediation of the current ruling class’s institutions. The equivalent to such a fallacy mirrors that of the pacifist ideology in which it posits the solution to inequality as appealing to the “better half” of those who rule. It is not a matter of emotional resonance, the very survival of any given Capitalist is based upon the necessity to procure surplus value at any cost, the perpetuation of not only one Capitalist, but the entire Capitalist class depends upon this fact. If pleading for mercy was all that was required to end global and domestic disparity we wouldn’t be living under these conditions. Any form of Socialism that advocates humanism while still under bourgeois rule must, by default, be considered reactionary. It is only through a revolutionary position that Socialism has any significance as a viable method of operation. Where action should be channeled..

In the Marxist-Leninist-Maoist line Socialism as a legitimate form can only be understood as a transitory period between an era of Capitalism and the era of Communism. In contra-distinction to contemporary “progressive” Socialism, this does not mean “humanizing Capitalism”, but can only signify a revolutionary phase that initiates with a beginning period of class rule reversal; the dictatorship of the bourgeoisie has to be switched for the dictatorship of the proletariat. Only when this has been indicated to have occurred (and as history has shown it will only come through an advanced armed struggle) can this revolutionary transition be considered to exist. Unfortunately up until this moment this process has been suspended by the global bourgeoisie (keep in mind that several locations are heroically waging armed struggle in aspirations to the revolutionary stage of Socialism, such as the Naxalite forces in India and the Maoists in the Philippines ). With each successive seizure of power by the proletariat we move one step closer to the finality of the revolutionary Socialist transition, that is, one step closer to understanding what the final blow will have to be to negate the bourgeoisie along with the proletariat itself. Every regional proletarian rule provides us with a more clarified schematic to stateless and classless society. This is what Socialism as a revolutionary concept has provided thus far; beginning with proletarian rule and the advanced class war to weed out Capitalist relations.

Where To Go From Here

What is required of all revolutionaries at this point is to re-establish legitimization. It is not the fault of the people that they find more validity in the bourgeois line of propaganda than the communist line. It speaks moreso to the failure of revolutionary cadre to entice the people to join them than the effectiveness of the bourgeoisie. Espousing a political rhetoric is not enough to lure in the people, no matter how much this rhetoric may actually represent their real interests. Programs to assist the needs of the people have more validity and speaks more volumes than any rhetoric we could offer. The establishment of such programs with the sole purpose of remaining autonomous from the State or any of its offshoots will prove the capabilities of revolutionaries. Collectivization and organization is what is called for, we are having to start from the embryo in the US and it is our job to nurture this embryo to full term. But this cannot be the only plan of action, once enough support has been established it must be heavily emphasized that only through physical and emotional sacrifice with arms in hand does a revolutionary movement hold full potential. What the implications of necessary victory for the advancement of humanity entails is indeed justified by the ends, no matter what the means may be. This is not the place for ideals of ethics or morality, but purely scientific analysis, anything short of will result in a compromised situation. By all means necessary, the alternative is complete dilapidation.

This entry was posted in Editor's desk and tagged Concept, Revolutionary, socialism. Bookmark the permalink.