A farewell to ultra-left idealism

Over the past few years I have sought a theoretical alternative to the ahistorical, subjectivist and individualist mishmash that is anarchism in the form of the conceptual framework provided by the left elements of the early Comintern in Italy (and to a lesser extent Germany, the Netherlands and Great Britten), fertilized to an extent by the analysis produced by the “communizing” tendency and the largely academic critique of the value-form and “positive Marxism” elaborated by authors such as Postone.

Which is to say a broad swath of the intellectual currents commonly termed the “ultra-left”.

For reasons partly beyond my control (though not entirely by any means!), this period of investigation has coincided with a completely inadequate and individualist political practice restricted mainly to theoretical and historical research, clerical work for prisoners and blogging.

This isolation from any disciplined collective process has tended to breed a grotesque petty-bourgeois egoism and a counter-productive tendency towards sectarian sniping.

With this context in mind I now find myself compelled to subject the conceptual framework I have aligned myself with up until now to a long overdue critique.

The myth of the world revolution and the world party

For the entire communist left the transition to communism can only be initiated by a relatively rapid world revolution centered of necessity in the imperialist metropoles (or now perhaps in the rising BRIC states), a revolution in which the waged industrial working class in these regions will play the central role.

Thus for all these currents the failure of the German revolution (and of the revolution in Central Europe more generally, Finland, Hungary etc), more or less sealed the fate of the October Revolution as an impetus to merely bourgeois development considering the supposed impossibility of further movement towards socialism within a state or bloc of states surrounded by imperialism.

In a certain sense this perspective accepts the policy shared (in differing flavors) by both Stalin and the Trotskyite Left opposition, of rapid development of heavy industry in order to compete with the imperialist powers at a great cost to the livelihood and subsistence of both the peasantry and urban working class as the only one historically possible.

The entire Left argument against the defensive consolidation of the USSR within the imperialist state system with all the degeneration this (inevitably?) entailed rests upon the idea of a stunningly rapid and decisive world revolutionary offensive which destroys imperialism in the centers within the space of a few years as a realistic alternative.

This idea was common currency in the feverishly triumphant discourse of the early Third International.

History has eloquently shown its falsity however. One need only consider how the German and Finish revolutions were drowned in blood and with what relative ease the US bourgeois crushed the week backwash of October on its own territory to understand that the real material relations of force precluded any rapid world revolutionary offensive, Soviet power barely survived in Russia itself.

One can of course argue that if the Bolsheviks had refused to sign the Brest treaty and carried out a “kamikaze” policy of offensive this would have somehow been a tipping point in the global (with Central Europe as a key link) balance of force between revolution and counter-revolution.

And this was in fact argued by many factions at the time from the Bolsheviks grouped around the journal Kommunist to the anarchists. In retrospect though its hard to see such an option as anything but a desperate and dubious gamble.

After all why would a Red Army which failed so utterly in Poland 1920-have faired any better in 1918 when the whole population was already completely exhausted by war?

And moving on: If a rapid global revolutionary offensive centered in the metropoles and culminating in a quick victory for the proletariat was a pipe dream even in the “heroic epoch” of 1917-23 its hardly likely to make any future appearances as a realistic option-let alone as a viable foundation stone for a whole strategic outlook.

The concept of a rapid and victorious world revolutionary offensive can only run aground on the massive unevenness of social development and class relations between different zones of the world imperialist system-not to speak of the concrete social and cultural particularities of various regions.

Such a conception can only be the product of the application of static ideal categories to the contradictory and uneven development of concrete social processes.

It is also indicative of an objectivist determinism in which the global crisis of capital compels the working class everywhere to raise the banner of class war for communism at more or less the same time. Because the subjective factor which is of cardinal importance for the success of socialist revolution (a militant and “militarized” class party, committed to the communist end goal and deeply rooted in the masses) tends to be successfully produced by very specific historical experiences which will inevitably be further advanced in some countries then others. The dogma of the class binary

The communist left is plagued by what Bordiga justly termed the “crude superficiality” of those who reduce every social antagonism to a pure and absolute contradiction between the bourgeois and proletariat ignoring that modern capitalism in fact depends upon the continual reproduction of production relations which are not and of themselves capitalist from patriarchal gender relations to various forms of bonded labor, semi-feudalism, parasitism off of subsistence reproduction of labor power and so on.

The “pure” proletarian revolution just like the rapid world offensive is a mirage which has never yet graced this sinful material world with its awesome presence.

Every single actual revolution has been produced by a broad range of class forces and been driven by democratic and national demands just as much as specifically proletarian ones. Indeed the “activist” element of Marx’s political career was nothing but an attempt to develop proletarian leadership over Germany’s abortive democratic revolution.

Even in the metropoles to simplify the class antagonisms at play to those between an implicitly homogeneous “working class” and a minuscule bourgeois is to willfully ignore the reality of immense intermediate strata, gender and national contradictions, and the relations of exploitation within the world system as a whole.

As Marx quite clearly noted in Theories of Surplus Value increase in labor productivity leads not only to the marginalization and expulsion from the production process of an ever increasing number of proletarians but also to the absolute and relative growth of parasitic intermediate strata which tend to side with the bourgeois.

This point was further examined in the Bolshevik analysis of the labor aristocracy where it was integrated with an understanding of the relations of imperialist exploitation and national oppression on a global scale.

Most of the communist left today prefers absorbing the “wisdom” of shamelessly Euro-centric snobs like Herman Gorter to pursuing such “uncomfortable” lines of investigation. 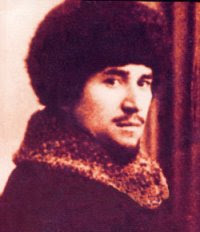 this dude was right

Actual history has conclusively demonstrated that a revolutionary process centered in the metropoles and implicitly lead by the white metropolitan wage earners, the process hoped for by the early Third International was not to be the focal point of the world class struggle.

The primacy of anti-imperialist popular revolutions in the course of historical development was only further reinforced by the wave of national liberation struggles after the Second World War beginning with China and Algeria and continuing up to Zimbabwe, Iran and Nicaragua.

With the polarization between metropole and periphery (and the stratification within the wage dependent class(s) ) being what it is, and the continuing political significance of the peasantry (consider the land tenure struggles in the PRC for example), there is no reason to think this dynamic has changed although the full development of a neo-colonial world order has made the ways in which it manifests much more complex.

Patriarchy is not the superstructure..its the base

Materialist feminism is a fundamental line of demarcation today

The agencies of the imperialist bourgeois themselves from the OECD to the World Bank are quite happy to interrogate and publicize the foundational role of unequal gender relations, of unpaid and super-exploited female labor and the attendant violence within capitalism today.

The communist left on the other hand would rather guard the mythical unity of its precious “working class” then admit that gender is the originary material relation of exploitation. Which is not to say the problem is ignored just trivialized in various inane and intellectually shallow ways (which is in fact more of a nuisance).

The clear development of a materialist analysis of gender and the oppression of women-not in terms of a soft liberal intersectionality but a strategic understanding of its political primacy-has just as much significance as the original articulation of scientific socialism by Marx and Engels.

Why wage a protracted struggle for socialism..when communism is automatically generated by shit like this?

The specter of “communization” is haunting…something

It must be stated clearly: The theory of “communization” is nothing but an articulation in Marxist theory of the petty bourgeois nihilism so sadly exemplified in practice by insurrectionary anarchism.

We are informed that the transitional program, the dictatorship, the party all this is a thing of the past. Today the proletariat will negate itself and its conditions of reproduction as a class in a sudden non-dialectical rupture and we are sagely informed that accounting and planning will be banished from the spontaneously emergent communist society.

We are entitled to ask: When has a process of “communization” actually occurred anywhere on earth?

As we have already been assured that all prior political revolutions were no more then “programmatic” affairs in which the proletariat attempted the fiendishly dialectical and allegedly impossible operation of affirming itself in order to negate itself we must look elsewhere.

And what do we find?

Partial and intermediate class struggles in which commodities happen to be appropriated or bus stops burnt are christened as indicative of a new entirely negative proletarian subjectivity which will lead us directly to the promised land (as long as we avoid “reformist demands” of course).

As if rioting, burning and looting were novel and epic making forms of class struggle worthy of an entirely new theoretical paradigm.

These ideas have a certain appeal as a response to the glorification of the productive working class and its magical strikes but considered on their own their vacuity is self evident.

They appear as no more then Marxist garb for the anti-dialectical fetish of negation and destruction more commonly associated with Italian insurrectionary anarchism.