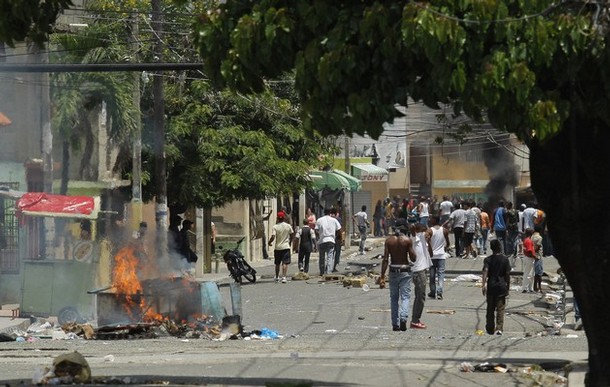 Santo Domingo.- Despite that the Government has yet to release a statement on the general strike that left two dead, at least 12 wounded nationwide and virtually paralyzed the country, its organizers issued a deadline of August 14 for the authorities to change their economic policies, or announce new walkouts.

The National Strike Committee called the protest a success and announced an assembly to convene new actions on their demands.

Anderson Parra Cruceta, 34, died during the protests in a confrontation with Police and demonstrators in the sector Villa Faro, Santo Domingo East, hit by a bullet to his head. Also killed as part of the incidents was Julian Felix Plasencia, in the central city of Bonao, on Sunday night.

According to reports, Parra was recording the clash with his cell phone.

Police chief Jose Polanco said an agent has been arrested as  part of the investigation.
http://www.dominicantoday.com/dr/local/2011/7/12/40182/Government-mum-on-successful-strike-left-two-dead