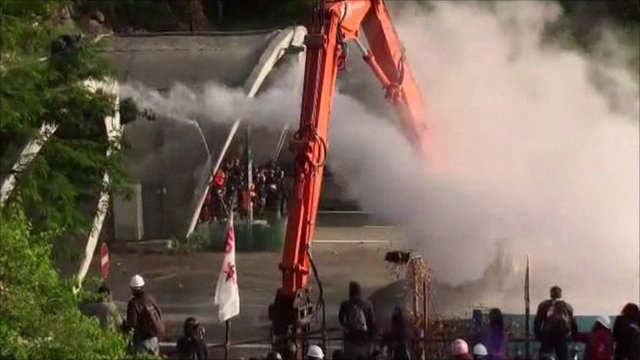 About 80 people were wounded in the north of Italy in the town of Kemonte in clashes between opponents of the new railway and police.

Previously, local media reported that there had been 30 victims.

On Monday morning, hundreds of activists form the group No Tav blocked the stretch of road leading to the construction of a new tunnel of the Turin-Lyon railway.

Around 2,500 police were called in to attempt to disperse the crowd. The protesters then began to throw firecrackers and stones at the police who reponded by firing tear gas at the demonstrators.

This entry was posted in resistance and tagged italy, repression, riot, social tension. Bookmark the permalink.