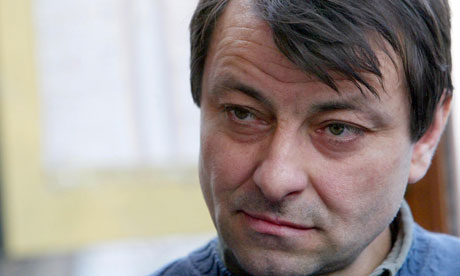 Brazil‘s highest court has ruled against extraditing former Italian leftist guerrilla Cesare Battisti, who was convicted of four murders carried out in the late 1970s in his homeland.

The supreme court’s ruling upheld a decision in December by then President Luiz Inácio Lula da Silva just before leaving office, but was denounced by the Italian government as a humiliation to the families of his victims.

Rome has repeatedly called for Battisti to be sent home, and warned that failure to do so would create tension between the two countries.

But in two 6-3 votes, the supreme court justices denied the extraditionrequest and ordered Battisti freed from custody. The Ministry of Justice will now determine when he will be released.

A statement from the prime minister Silvio Berlusconi’s office said he was disappointed by the news and that Rome would continue efforts to bring him to justice.

Giorgia Meloni, the minister for youth affairs, called the decision “the latest humiliation inflicted on the families of his victims” and a “slap in the face” for Italy.”

Battisti’s lawyer, Luis Roberto Barroso, said Brazil was morally obligated to turn down Italy’s request, noting the amnesty granted to those charged with political crimes during the military regime that ruled from 1964 to 1985.

“We gave amnesty to agents of the state who tortured youths with electrical shocks, who threw them from planes. And if we granted amnesty then, it is morally legitimate that the president of the republic decide not to punish someone for something we wouldn’t have punished him for,” Barroso said.

In his last few days in office, Silva decided not to send Battisti to Italy. He cited a clause in Brazil’s extradition treaty with Italy that lets each government consider a petitioner’s “personal condition”. Over the years, Battisti has said he fears persecution in Italy.

The supreme court judges determined that a foreign state cannot question a sovereign act of the Brazilian government, which in this case was the president’s decision to allow Battisti to remain in Brazil.

The court’s ruling concluded a case that started unfolding in 2007 when the activist-turned-mystery writer was detained in Brazil at the request of Interpol.

Battisti escaped from an Italian prison in 1981 while awaiting trial for crimes allegedly committed when he was a member of the Armed Proletarians for Communism. He was convicted in absentia in 1990, and sentenced to life in prison.

Battisti moved first to Mexico, then to France in 1990, where he became an author. He fled to Brazil in 2004.

Battisti has recently restated his claim of innocence in a book called My Escape, published in 2006. “I am guilty, as I have often said, of having participated in an armed group with a subversive aim and of having carried weapons. But I never shot anyone,” he wrote.

This entry was posted in capital and class, resistance, state control, strategy and tactics and tagged brazil, extradition, italy, leftist. Bookmark the permalink.