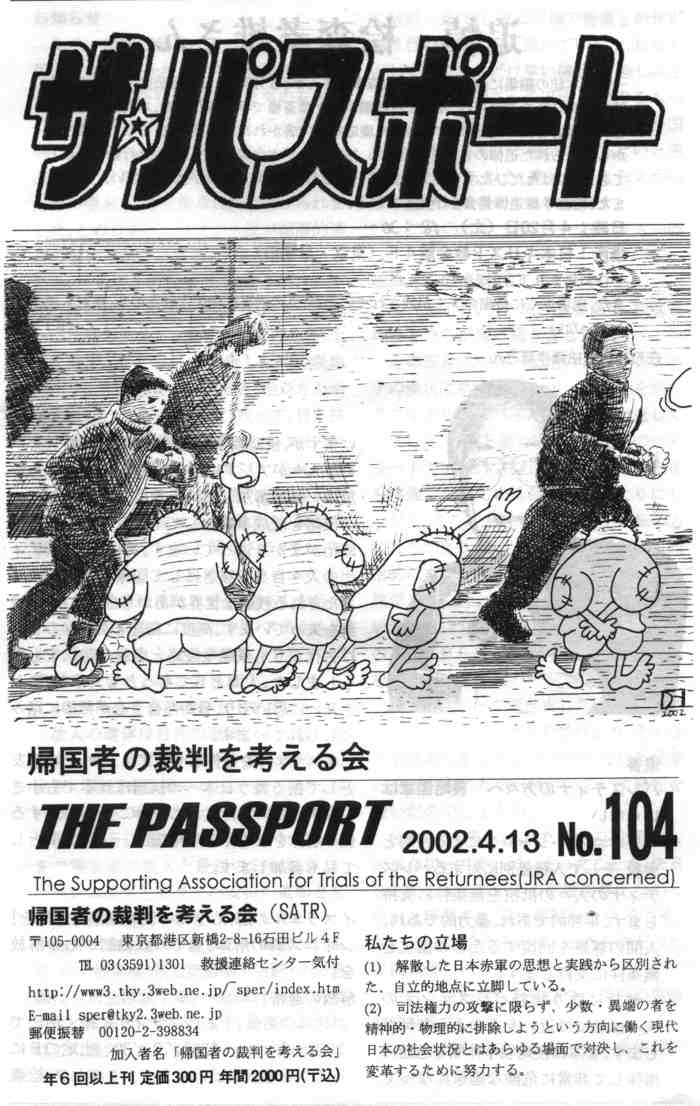 Vanguard activists, become soldiers of the people, organized with dedication and discipline for a radical revolution!
Lenin said: “The oppressed class which does not take up arms, nor train in the use of weapons is a class of slaves. ”

In the course of history, all revolutions have built a revolutionary army by dissolving the army of the ruling class and the power of the enemy.
Only in Japan during the modern history of the class struggle, have oppressed people never taken up arms or organized a revolutionary
army. As if that was an unthinkable dream, forever postponed to a distant future.

The theory of peaceful revolution says: “While the armed forces and diplomacy of the USSR neutralize and control the imperialist army, we first take power and then we reorganize the army … ” That of violent revolution says: “The revolution will come from insurgency within the Army.” Thus the revolution is forever postponed to a distant future

The formation of a revolutionary army, the Red Army has never been proposed. Not to mention that the revolution in underdeveloped countries, well understood the problem of the revolution at the end of World War II. The maquis in France and Italy, however, yielded to the allies and could not develop into regular armies.

Today, revolution can only come from civil war and revolutionary world war will be facing prolonged war, counter-revolutionary wars conducted by imperialism: local wars,
continual wars, wars of invasion and oppression.The imperialist state focuses its power in the army to resolve its continual crisis of class organization. The international and internal contradictions of the country, and the tensions they entail, make the Army the mainstay of social and political ideology.

This alliance proceeds to the militarization of the counter-revolutionary economy, the command economy, resulting in a mixed body comprised of industry the Army and the imperialist labor movement.Our world-view, our politics and our movement must be accomplished through a revolutionary army.The more the crisis deepens, the more the class organizes its power militarily. The party of the dictatorship of the proletariat must defeat them.

Organize all the forces not committed to self-defense of particularistic interests!We must not repeat the failure of the German Red Front of the 30s which was an army of self-defense based on particular interests. Our forces must be an offensive weapon and initiate the universal struggle against power, civil war till victory. They must prepare to arm all the people.They must attain a global and international dimension. They must develop a world Red Army without frontiers, as a central nucleus of the world revolutionary war and the world dictatorship of the proletariat, as a weapon of the world proletariat.

Form the Red Army in every district, every region, every country!

With your dedication, your discipline and your conscience be the most militant, and most revolutionary in the vanguard of the the proletariat, the Red Army!