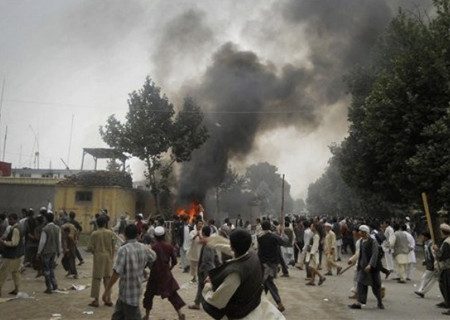 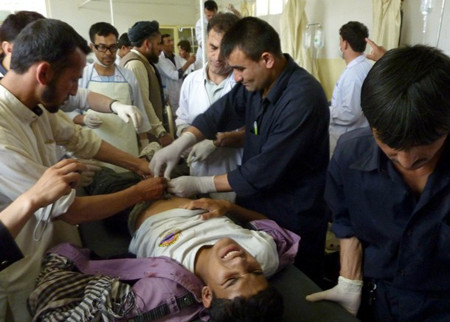 Five people were injured on a second day of a protest demonstration against foreign troops for what they said killing four civilians in an airstrike in northern Takhar province, officials said on Thursday.

On Wednesday, more than a dozen people were killed and 85 others wounded when police opened fire at hundreds of protestors in Taloqan, the provincial capital, after a NATO airsrike killed four civilians, including two women in Gawmali area, three kilometers from Taloqan, on Tuesday night.

NATO said all four were insurgents, but locals insist they were civilians. The alliance said that two women and two men were killed in the night raid on the outskirts of Taloqan. It said that the women were armed, one with an assault rifle, the other with a pistol.

Head of the Taloqan civil hospital, Hafizullah Safi, said five wounded people from Thursday’s unrest had been brought to the hospital in a critical condition.

He also said two injured people Wednesday’s incident had been taken to Mazar-i-Sharif hospital for being critical.

Governor Abdul Jabar Taqwa said the Wednesday’s protest was planned by militants. He said the protest turned violent after insurgents had penetrated protestors.

A delegation from Kabul had arrived in the province for investigation, but they were not allowed to speak with people as the protest continued for a second day on Wednesday, the governor said.

Violence during the protest caused damages to public and private properties.

“A Wolesi Jirga member from Takhar tried to clam people, but he was beaten by protestors,” witness Asadullah said.