Vandalism causes delays to rail services to and from Connolly Station 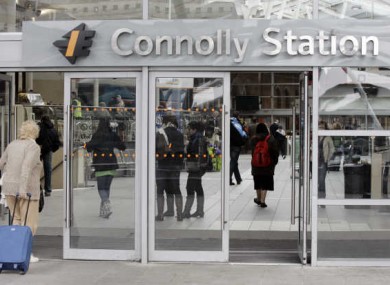 IRISH RAIL SAYS that vandalism to railway equipment just north of Connolly Station in Dublin has caused delays to rail services in both directions this morning.

Services on the Northside including Maynooth trains were earlier stopped but trains are now moving through.

It is believed that cabling on the line was deliberately cut, causing the stoppages.

Irish Rail apologised for the  major delays and advises that there are still currently delays of around 20-35 minutes. Dublin Bus will accept rail tickets. Services are expected to be back to normal within an hour or so.

The rail company says that gardaí will be alerted to the incident.
http://www.thejournal.ie/vandalism-causes-delay-to-rail-services-to-and-from-connolly-station-136935-May2011/