The class party is the party of negative critique 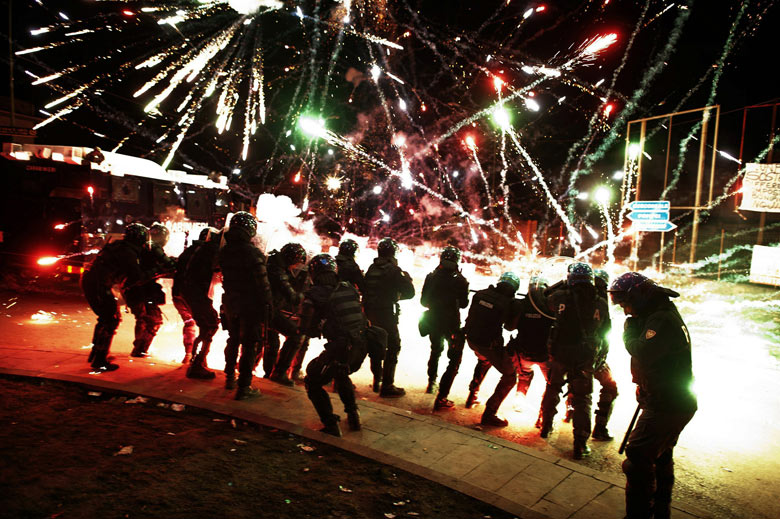 “The social forms of their own labor — the subjective as well as the objective forms — or the form of their own social labor, are relations constituted quite independently of the individual workers; the workers as subsumed under capital become elements of these social constructions, but these social constructions do not belong to them.”
Marx-Results of the Immediate Process of Production

The proletarian party is not the party of the affirmation of the commodity labor power as a building block of the present social order. It does not advance theses on the “dignity of labor” nor does it celebrate the “multitude” and its creative production of value.
It is the party of those dispossessed and expropriated by capital of the unemployed, the redundant and the criminal as much as of the dwindling ranks of the regularly employed, it has no stake in the current society and sees no need to salute capital’s progress as its progress.

It is not a means of sweeping aside the barriers to quantitative progression (of the technical forces of production or worse of democracy), but itself embodies a qualitative rupture with the reproduction of exchange relations (the separation of the producers from the means of production and the separation between commercial enterprises).
It is the imposition of an undifferentiated unity through destruction.

Its chief interest lies not so much in the overthrow of the political rule of capital’s current representatives (though this is indisputably necessary), as in the self dissolution of the proletariat, the abolition of value producing labor as the governing category of social life.

Thus the proletarian party is irreconcilably opposed to every party of labor, every “worker’s party” (even when such parties take the form of pluralistic social movements), the labor movement seeks to maintain value producing living labor as a pole of the capital relation, while proletarian politics asserts as its program the end of value and its production.

Hence the dictatorship of the proletariat is identical to the imposition of communism-the dissolution of mediation through exchange-by the armed working class-organized for the purpose of abolishing itself not through the universalization of its own condition (capital has already accomplished this through socialization), but through the destruction of the social totality whose substance is abstract labor.
In this process of destruction, it produces the undifferentiated organic community of
“social individuals”-communism.

Historically communist potentiality has run aground on the social democratic ideal of a socialism which amounts to a rationalized reproduction of capitalist production relations.

This ideal has been of immense significance in the epic making spread of bourgeois revolutions across Eurasia in the 20th century, revolutions which asserted not the entrepreneurial bourgeois as their universal subject but the surplus value producing wage dependent worker.

The rule of labor over society is the actualized program of capital, the inherently negative political subjectivity of the proletariat on the other hand constitutes itself on an entirely different terrain: The refusal to be reduced to a particle of abstract labor within capital’s community.

The proletariat cannot be found in Preobrazhensky’s demand for “socialist primitive accumulation”, but in the sabotage of collective farm tractors. For the program of its revolution is not accumulation but disaccumulation, not the widening and universalization of the separation between producers and means of production but its abolition.

Every organizational form which represents the working class as sellers of the commodity labor power must in the end become another weapon of capitalist discipline against the negative potentiality of the class. This applies to reformists and revolutionaries alike.

The communist party (in historic fact and not demagogic semantics), is the cohesion and self awareness of the worker’s rebellion against the imposition of work, of their hatred and revulsion for their own existence as objects of a process in which capital is the omnipotent subject (even if its character masks happen to take the form of “fellow workers”).

Thus the party does not see the strike or any other aspect of resistance at the point of production as occupying any special or predominant role within the multifaceted class confrontation which develops across the entire social circuit of production of surplus value and reproduction of labor power.

Strikes, riots, occupation of land and housing, direct appropriation of social wealth at the point of distribution, the diffuse guerrilla and sabotage of capital’s infrastructure all are integral parts of the proletariat’s rich heritage of struggle.
The development and diffusion of these antagonistic practices and their cohesion around the communist program of the destruction of value is the task of the party.