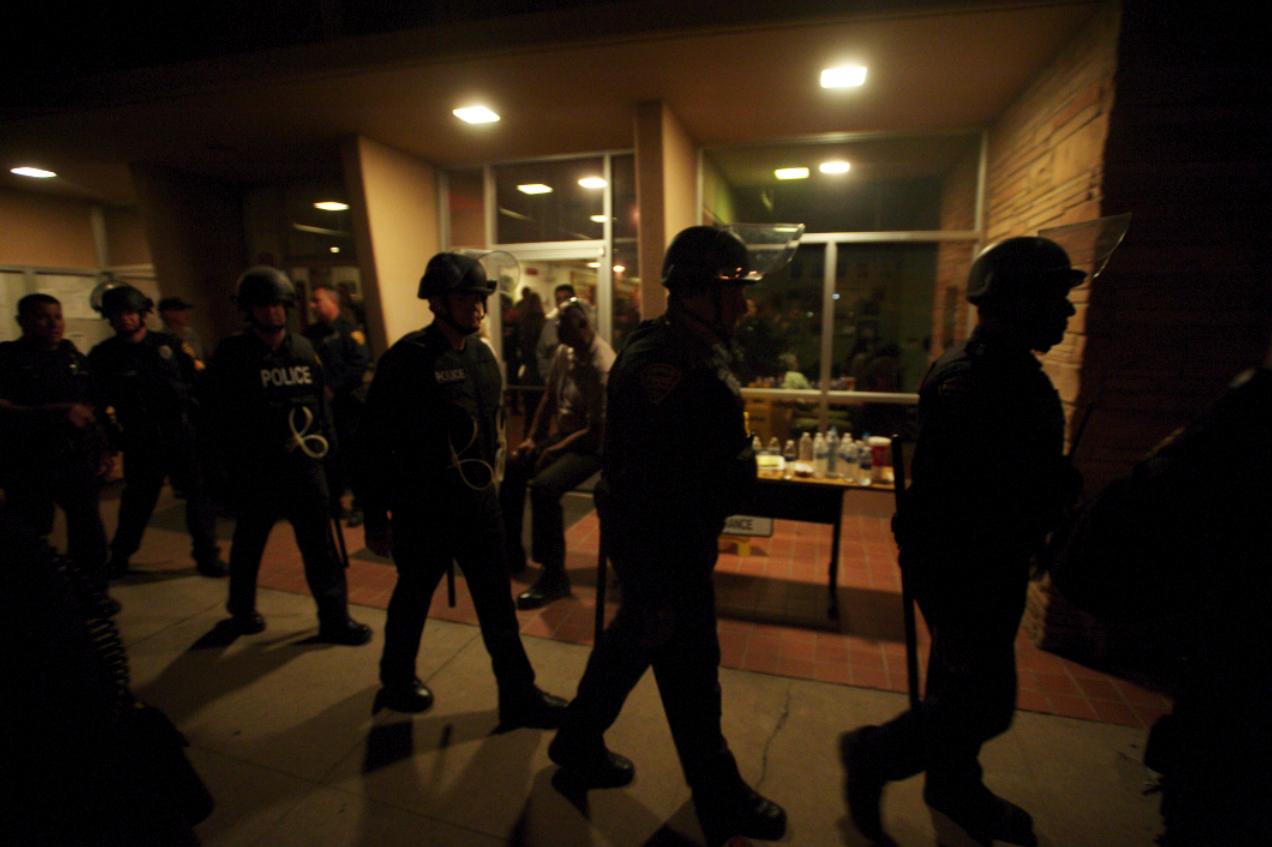 The board of Tucson’s largest school district postponed a vote on changes to ethnic studies after police in riot gear cleared activists and media from a public meeting Tuesday night.

An estimated 300 protesters who were not allowed into the building responded by linking arms and cordoning off the entrances to the Tucson Unified School District headquarters while chanting, “Our education is under attack. Fight back!”

Chants, folk songs, and catcalls filled the air, as students and activists surrounded the building on three sides.

During the heated four-hour meeting, some audience members became disruptive and were escorted out by Tucson police at the request of the Governing Board, said Sgt. Matt Ronstadt, a spokesman for the department.

Seven people refused to leave the meeting when asked, and were arrested for 3rd degree criminal trespassing, Ronstadt said.

“It was absolute mayhem” when police began removing people from the meeting, said Sean Arce, director of the Mexican American Studies program.

“It was very tense” throughout the meeting, Arce said. “Then police came to take people away.”

About 20 members of a police “riot squad” remained in the meeting room, he said.

Community organizer Miguel Ortega called the school board’s response to activists and protesters an “absolutely unprecedented lack of restraint,” as he called for the resignation of district Superintendent John Pedicone.

TUSD Governing Board President Mark Stegeman acknowledged the situation could have been handled better.

“We’ll be learning to do this as we go along,” Stegeman said during the meeting.
http://www.tucsonsentinel.com/local/report/050411_ethnic_studies/ethnic-studies-vote-delayed-after-raucous-demonstration

This entry was posted in resistance and tagged repression, social tension, united states. Bookmark the permalink.