Roma clash with police in Athens 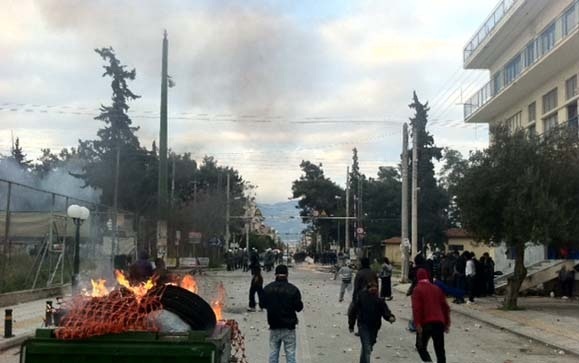 Several dozens of Roma clashed with the police in Roma area outside Athens, after a six-year old girl was accidentally killed by police motorcycle.

The health officials stated that the girl died in hospital after the accident that happened in Menidi area, north of the capital.

This entry was posted in resistance and tagged greece, just another police murder, riot. Bookmark the permalink.