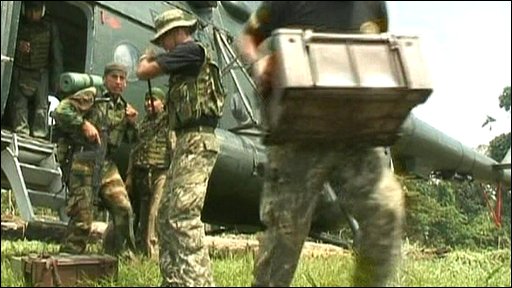 Interior Minister Miguel Hidalgo announced Wednesday the arrest of Mario Antonio Sifuentes Sandoval, who was known by his nom de guerre Comrade Sergio and had previously served 12 years in prison on charges stemming from his activities with the Maoist group.

Officials said Sandoval was an associate of Florencio Flores Hala, “Comrade Artemio,” who heads the guerrillas in the upper Huallaga valley in the Huanuco department of Peru.

Officials said that hours before his capture, Sandoval had participated in an attack on a military patrol in which one soldier was injured.

Hidalgo said the arrest of “Sergio” puts officials a step closer to capturing the head of the group in the area, “Artemio.”