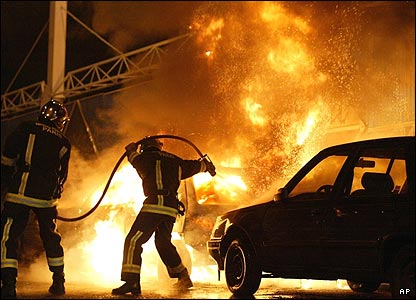 The minister, speaking during a visit to meet firefighters at Maisons-Alfort on the outskirts of Paris, said: “I have taken the decision to put an end to the competition… and to no longer communicate the number of burned vehicles.”

Instead, the number would be included as part of annual vandalism figures.