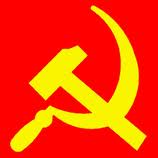 Officials said New People’s Army rebels led by Leoncio Pitao carted military weapons and also seized a government soldier before escaping with their hostages. The raid occurred late Friday on a village in Paquibato district in Davao City, host to over a dozen militant and leftist groups with links to the rebels.

“It is lamentable that this deceitful incident happened during the celebration of International Human Rights Day. We, as soldiers, continue to promote peace and development while these illegal armed groups continue to spread violence. This is their way of celebrating the International Humanitarian Day,” said Lieutenant Colonel Edgardo de Leon, operations chief of the Army’s 10th Infantry Division.

The fate of the hostages were unknown, but the the raid occurred just as Manila and rebel leaders announced a separate yuletide cease-fire and the prospect of resuming stalled peace talks aimed at putting a stop to decades of bloody insurgency in the country.

The New People’s Army is the armed wing of the outlawed Communist Party of the Philippines which is fighting for the establishment of a separate Maoist state in the largely Catholic country. (Mindanao Examiner)