[ The counter-repression blog which posted the article below was shut down by the British pigs, best regards to comrades across the pond and as always fuck the police -Signalfire] 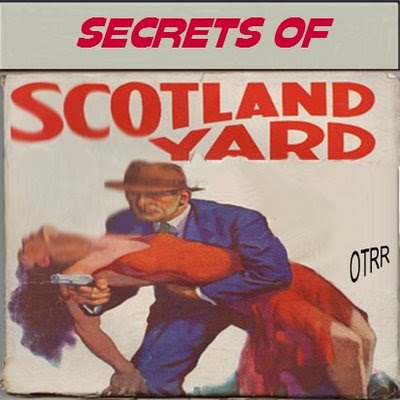 The remarkable and brilliant student action at Millbank has produced some predictable frothing at the mouth from the establishment and right wing press. Cameron has called for the ‘full weight of the law’ to fall on those who had caused tens of thousands of pounds of damage to the expensive decor at Tory party HQ. Responsibility is being placed on ‘a violent faction’, after the march was ‘infiltrated’ by anarchists.
There are an encouraging number of intiatives to show solidarity with the arrested students – something that is vital if they are to avoid the sort of punitive ‘deterrent’ sentences handed out to the Gaza demonstrators. A legal support group has been established and the National Campaign against Cuts and Fees has started a support campaign. Goldsmiths lecturers union has publicly commended the students for a ‘magnificent demonstration’ .
This is all much needed, as the establishment is clearly on the march with this one. The Torygraph has published an irresponsible and frenzied ‘shop-a-student’ piece and the Met are clearly under pressure to produce ‘results’ after what they have admitted was a policing ‘embarrassment’.

51 people have been arrested so far, and the police have claimed they took the details of a further 250 people in the kettle using powers under the Police Reform Act. There may be more arrests to come.

Students who are worried should consider taking the following actions:

If you have been arrested, or had your details taken – contact the legal support campaign. As a group you can support each other, and mount a coherent campaign.

If you fear you may be arrested as a result of identification by CCTV, FIT or press photography;

DONT panic. Press photos are not necessarily conclusive evidence, and just because the police have a photo of you doesn’t mean they know who you are.
DONT hand yourself in. The police often use the psychological pressure of knowing they have your picture to persuade you to ‘come forward’. Unless you have a very pressing reason to do otherwise, let them come and find you, if they know who you are.
DO get rid of your clothes. There is no chance of suggesting the bloke in the video is not you if the clothes he is wearing have been found in your wardrobe. Get rid of ALL clothes you were wearing at the demo, including YOUR SHOES, your bag, and any distinctive jewellery you were wearing at the time. Yes, this is difficult, especially if it is your only warm coat or decent pair of boots. But it will be harder still if finding these clothes in your flat gets you convicted of violent disorder.
DONT assume that because you can identify yourself in a video, a judge will be able to as well. ‘That isn’t me’ has got many a person off before now.
DO keep away from other demos for a while. The police will be on the look-out at other demos, especially student ones, for people they have put on their ‘wanted’ list. Keep a low profile.
DO think about changing your appearance. Perhaps now is a good time for a make-over. Get a haircut and colour, grow a beard, wear glasses. It isn’t a guarantee, but may help throw them off the scent.
DO keep your house clean. Get rid of spray cans, demo related stuff, and dodgy texts / photos on your phone. Don’t make life easy for them by having drugs, weapons or anything illegal in the house.
DO get the name and number of a good lawyer you can call if things go badly. The support group has the names of recommended lawyers on their site. Take a bit of time to read up on your rights in custody, especially the benefits of not commenting in interview.
DO be careful who you speak about this to. Admit your involvement in criminal damage / disorder ONLY to people you really trust.
DO try and control the nerves and panic. Waiting for a knock on the door is stressful in the extreme, but you need to find a way to get on with business as normal. Otherwise you’ll be serving the sentence before you are even arrested.