Sending in the army

Ottawa must review the rules for civil-military relations
By: Jack Granatstein 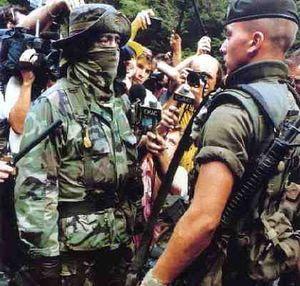 Civil-military relations in Western democracies tend to be governed by two basic rules. First, the national state controls the use of military force, its last resort in maintaining domestic order. Second, the elected politicians control the military in accord with the nation’s laws, thus making the politicians ultimately accountable for the use of force. In Canada, the military can provide Aid to the Civil Power, putting troops on the street in a crisis. This is an essential role, but the way in which this can be done requires clarification.

The National Defence Act (NDA) permits the attorney-general of a province to ask Canada’s senior military officer, the Chief of the Defence Staff, for military assistance “where a riot or disturbance occurs or is considered likely to occur.” The Chief of the Defence Staff (CDS) must respond to this request for troops, but the CDS alone can decide on the nature and level of the response. In other words, if CDS General Walt Natynzcyk was asked to send soldiers to deal with a crisis in Prince Edward Island tomorrow, on his own authority he could despatch a master corporal on a snowmobile or a brigade of troops. The province requests and the general must act. The CDS then conducts his force’s military operations under the direction of the provincial authorities. Completely left out under the terms of the NDA is the federal government.

A just published book, Oka: A Political Crisis and Its Legacy, by Harry Swain, the deputy minister of Indian and Northern Affairs from 1987 to 1992, makes clear that the Aid to the Civil Power provisions of the NDA are far from hypothetical. The Oka crisis of 1990 pitted Mohawks in Quebec against the provincial police, the ill-led and ill-trained Sureté du Québec, and angry white citizens. After the killing of a police officer the crisis escalated dangerously, and Premier Robert Bourassa’s attorney-general called the CDS to ask for the military’s aid.

Prime Minister Brian Mulroney, as Swain makes clear in his first-rate account, could have used the federal Emergencies Act to deploy troops to Oka. But that was “impractical,” Swain writes, “as well as politically unthinkable.” Eventually as many as 3,700 soldiers from Canada’s army were put into the field at one time — at provincial demand but with the federal government “looking like it had complete political accountability for the effectiveness of a great but long-starved national institution that it did not, in law or in fact, control.”

Fortunately for everyone, the army did its job with great skill. The Warriors at Oka, heavily-armed and dug in with substantial tactical skill, found themselves squeezed out of their positions, psychologically out-gunned, and eventually defeated in the media. As Swain writes, “The army carried out its duties with a degree of thoughtfulness — given the budgets and respect that society at large is willing to accord its armed forces in peacetime — Canadians had little right to expect. Domestic internal security operations require strategic sensitivity, tactical brilliance and firm discipline where boots meet the ground.” At Oka, Canadians were well served.

But not necessarily by the Aid to the Civil Power provisions of the National Defence Act. An overwhelmed provincial government could ask for and secure a modern military force with tanks, helicopters, artillery — all of which were deployed at Oka — and the actions of the soldiers were to be controlled only by the good sense of their commanders. Who was accountable here? The Bourassa government? The Mulroney government? The Canadian Forces? If Oka had turned into a bloodbath, in all likelihood the army would have borne the brunt of the blame, not the politicians. And pushed and prodded by the politicians as they were, the generals would have had little defence.

Swain, the deputy minister who deserves much of the credit for the eventual resolution of the Oka crisis, carefully notes, “The NDA has serious deficiencies and reforming it is unfinished business.” So it is, and the time to remedy these deficiencies is now rather than after the next domestic crisis requiring the use of the Canadian Forces.

Historian J.L. Granatstein is a senior research fellow at the Canadian Defence and Foreign Affairs Institute.