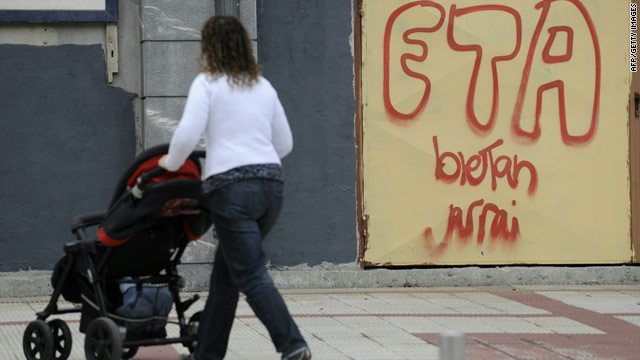 Madrid, Spain (CNN) — Police early Friday arrested 13 people suspected of trying to rebuild a youth wing of the outlawed Basque separatist group ETA, which was dismantled a year ago with dozens of arrests, the Interior Ministry said.

The youth organization, also outlawed and known as SEGI, is considered the “training ground for the terrorist group,” the ministry said in a statement.

The latest arrests came as police continued their crackdown against ETA and its supporters, despite ETA’s cease-fire of “armed offensive actions” announced last September 5.

The Spanish government and major political parties have said the cease-fire is not enough because ETA has broken them in the past.

The government and the parties demanded a definitive statement from ETA to end its decades-long violence forever and lay down its arms under a verifiable disarmament process.

ETA is blamed for more than 800 deaths in its long fight for Basque independence and is listed as a terrorist group by the United States and the European Union.

Three hundred police officers took part in the arrests Friday of the 13 suspects, who are aged 20 to 29 and include at least one woman. The raids occurred in four northern Spanish provinces with historic Basque roots and one in Barcelona, the ministry statement said.

The youth organization SEGI is blamed for fomenting so-called low-level street violence, such as the burning of municipal buses and automated teller machines, in support of Basque independence.

Authorities say that some of those activists later go on to become fully-fledged ETA members who carry out shootings and car bombings.

In November 2009, police arrested 34 suspected SEGI leaders and considered that the youth wing had been largely dismantled at the time.

Before Friday’s raids, police had already arrested about 20 suspected ETA members or collaborators since ETA’s declaration on September 5.