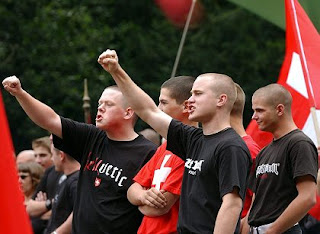 Around 150 people, mostly from the rightwing extremist scene, have demonstrated against plans to build a minaret in the town of Langenthal.

Canton Bern has confirmed that a minaret may be built in the town, although legislation now exists that bans their construction throughout Switzerland.

In last year’s nationwide vote 57 per cent of voters backed a ban on building new minarets in what was seen as a controversial move.

Police were out in force in Langenthal, but the protest action, organised among others by the Party of Nationally Oriented Swiss (PNOS), largely passed peacefully, it was reported.

A counterdemonstration by the leftwing was cancelled at the last minute. A few representatives turned up at the main station, and there were a few scuffles with the police.

Canton Bern approved the building of the minaret in September, arguing that local authorities had granted planning permission in June last year, five months before the vote.

There had been protests against the minaret from some people in Langenthal, but the official committee has distanced itself from Saturday’s rightwing demonstration.