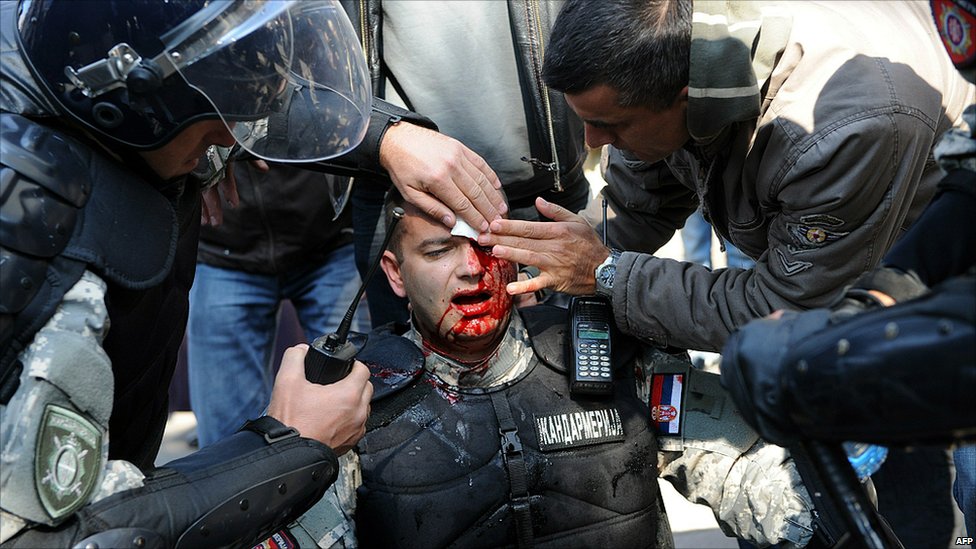 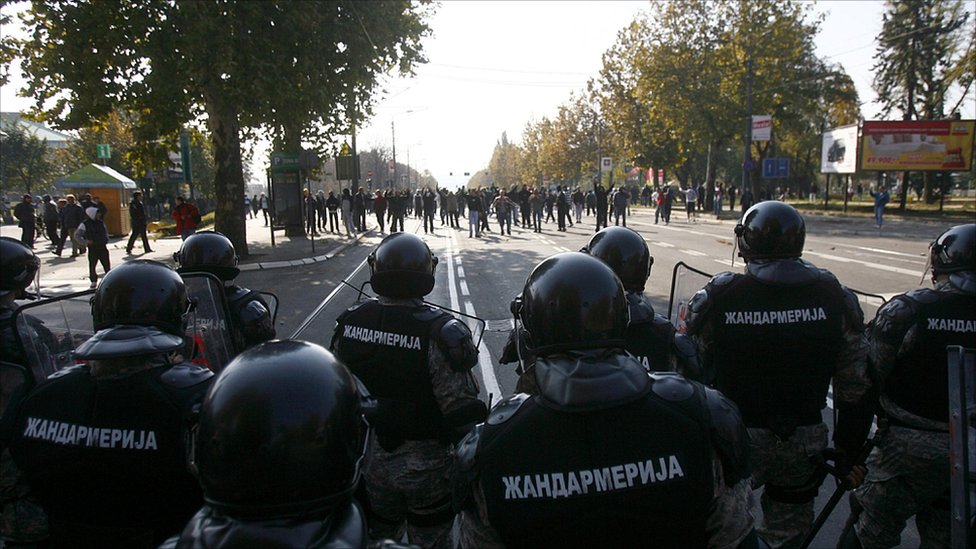 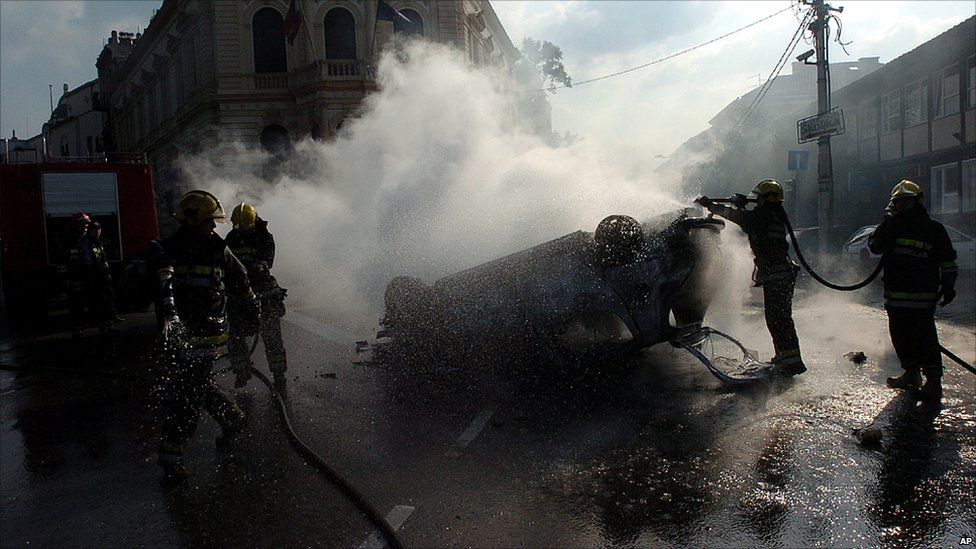 One official said that 90 police officers required medical attention and two had been seriously wounded in the violence, which spread to other parts of the capital as nationalists and skinheads lashed out at targets unrelated to the parade.

Firefighters extinguished a blaze at the headquarters of the Democratic Party of President Boris Tadic, and witnesses said some in the building were wounded. A Reuters witness said others had tried to climb up scaffolding into the parliament building, but were chased away.

The violence highlighted the intolerance that still pervades Serbian society a decade after the country ousted strongman Slobodan Milosevic, ending its pariah status.

The parade, the first of its kind in Belgrade in nearly a decade, had been seen as a test of Serbia’s readiness to become a more modern, open society after years of war in the 1990s fueled by ethnic hatred.

The clashes occurred two days ahead of a planned visit of U.S. Secretary of State Hillary Clinton, who wants to highlight Washington’s support for Belgrade’s EU aspirations.

Bloodied police could be seen leaving the scene and witnesses heard gunshots fired toward security forces. Police said at least one gay rights activist had been beaten unconscious and more than 100 people had been detained.

Debris lay scattered across the main streets in central Belgrade and clouds of white tear gas rose from the ground.

“It is a shame for me to march, to stand for what I am, and to have thousands of cops protect me from hysterical nationalists,” said Milena, 36, a lesbian activist.

Susanne Simon-Paunovic, a German married to a Serb who attended the rally said: “It was more like death march. The atmosphere was terrible.”

In addition to the headquarters of the Democratic Party, a police officer said rioters had also attacked the premises of the Socialist Party, a coalition partner.

Sutanovac described the violence against his party’s headquarters as an attack on “Serbia’s European path and democratic values.”

Traditionally conservative Balkan societies have been slow to adjust to open homosexuality, and last year a Serbian gay parade was canceled because of threats.

Promising retribution against the marchers, ultranationalist groups have vowed to photograph those taking part in the rally and post them on a website.

“This government wants to protect a deviant, wicked and non-Christian minority against the good, law-abiding majority,” said Milija, 28, a construction engineer who described himself as a religious nationalist.