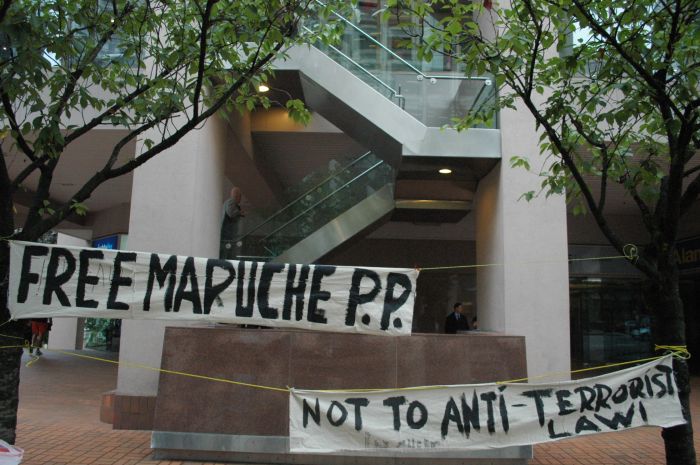 There is no resolution in sight for the Chilean indigenous Mapuche hunger strike. On Day 75, the health of the 34 prisoners is in danger. Eight have been hospitalized, with one needing surgery for appendicitis.

Chilean President Sebastián Piñera is in the United States where he addressed the U.N. General Assembly on human rights on Thursday, but he has not offered a solution to the strike that the prisoners will accept.

“If a Mapuche dies, the government will be the one responsible for the public disorder that follows,” said Sen. Juan Pablo Letelier, of the Socialist Party (PS).

It would also have an impact on Chile’s image abroad. Piñera is currently campaigning for Chile to be re-elected to the U.N. Human Rights Council.

Human rights groups from around the world are asking Chile’s government to resolve the hunger strike before any of the strikers die.

The prisoners are demanding the right to a fair trial. They were all arrested under anti-terrorism laws and a military justice code that subject them to prolonged detention, double jeopardy, and the use of anonymous witnesses against them in court.

They have said they will not end the strike until they are allowed direct dialogue with the government.

Piñera, elected last January as the nation’s first conservative president since the Pinochet dictatorship (1973 – 1990), has responded by saying that “the government has been open to dialogue with all indigenous people.”

And last week he announced the creation of a dialogue table for representatives of the Mapuche and the government, to be mediated by church leaders.

The International Federation of Human Rights sent a letter to Piñera last week outlining specific U.N. recommendations that Chile is breaking by applying the anti-terrorism laws to the Mapuche people. This includes recommendations from the Committee of the Elimination of Racial Discrimination and the U.N. Human Rights Council.

Reforms to the anti-terrorism laws and the military justice code have been circulating in Congress, but the prisoners are not satisfied with the changes.

Manuel Chocori, a Mapuche spokesperson, said that the anti-terrorism laws “continue to be discriminatory” and that they do not follow the U.N. International Labour Organization Convention 169, which Chile signed in 2008.

“The government is showing little respect for international agreements,” he said.

More than 100 Mapuche have been arrested as terrorists and are held in jails in southern Chile. Their crimes range from armed assault to arson, carried out in a campaign to reclaim ancestral lands that were sold by the government without the Mapuche’s consent.

In addition to protesting the anti-terrorism laws, the hunger strike is also against the militarization of the Araucanía Region (IX), where most Mapuche live, and the police’s use of excessive force against the Mapuche people.