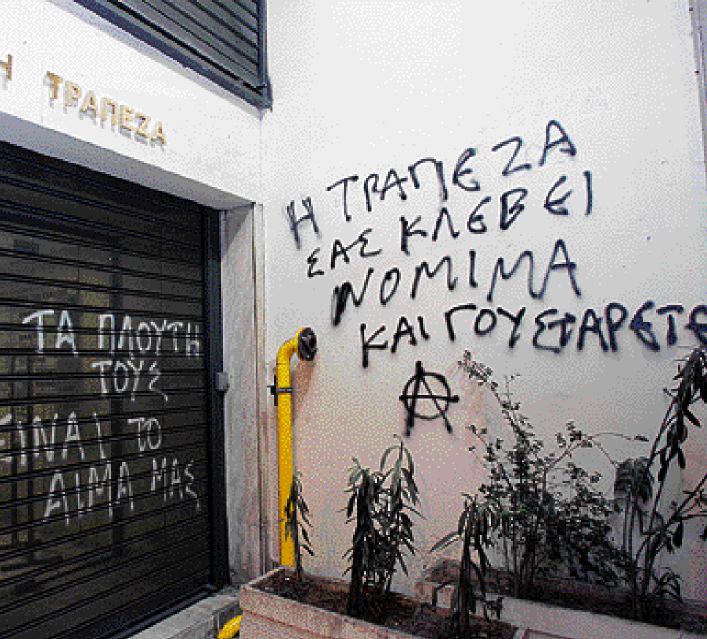 Left-wing and anarchist terrorist attacks in the European Union increased by 43 percent in 2009 compared to 2008 and have more than doubled since 2007, the European Police Office, or Europol, has noted in its annual report on terrorism. The phenomenon is most evident in Greece, Spain and Italy, where 40 such attacks were recorded last year, the Hague-based force said.

EU member states continue to be exposed to the threat of Islamic terrorism, it noted, though there was only one such incident (a bomb in Italy) last year. The overall number of terrorist attacks in the EU decreased by 33 percent compared to 2008 and was almost half that reported in 2007. (Europol does not include data from Britain due to different criteria applied to record terrorist incidents, the report said.)

In Greece, there were 15 attacks by six different left-wing or anarchist groups. A Greek “speciality” noted by Europol is the use of improvised explosive devices as well as firearms. It said that Revolutionary Struggle continued its attacks, claiming responsibility for a hit on police officers that left one officer seriously injured. Sect of Revolutionaries claimed another attack which killed a police officer. A group called OPLA claimed an attack on a police station in the Athens suburb of Aghia Paraskevi, which injured several police officers in October 2009.

The authorities in six EU member states arrested 29 people for alleged involvement in left-wing and anarchist terrorism. About 40 percent of them were aged under 30. In Greece, five alleged members of the Conspiracy of Cells of Fire were arrested. The report notes that attacks by left-wing and anarchist groups are becoming more violent, suggest international links and are becoming a serious problem for Europe’s security forces. The report said separatist terrorism continues to affect the EU, citing attacks by Basque and Corsican groups in Spain and France. In 2009, though the total number of separatist attacks fell 40 percent year-on-year, the number of fatalities increased from four to six.