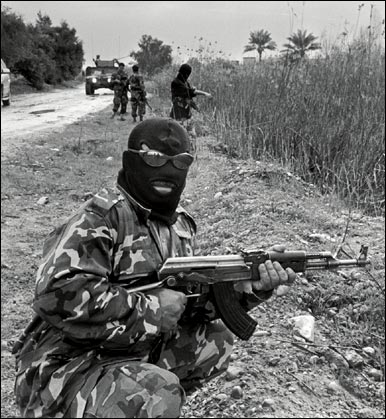 Maoists Friday alleged that the spokesperson of the pro-Maoist tribal body Peoples’ Committee Against Police Atrocities (PCAPA) was arrested by the police. However, the police denied the charge.

According to PCAPA members, Manoj Mahato was arrested by police Friday morning from his native Birkara village in Lalgarh area of West Midnapore district.

Manoj Mahato’s father, Kalipada Mahato, alleged that security personnel raided their house and adjacent areas Thursday night in search of his son. As Manoj was not present in the house at that time, they went back.

‘Friday morning some policemen came to our house and took Manoj with them. They said they were taking him to the Joint Forces camp in Kantapahari of Lalgarh,’ Kalipada told IANS.

‘We rushed to Kantapahari camp where the the Central Reserve Police Force (CRPF) jawans said that Manoj was taken to the police headquarters at Midnapore town,’ he added.

West Midnapore Police Superintendent Manoj Verma said: ‘We have no knowledge about the arrest of Manoj Mahato’.

‘Manoj Mahato was wanted in several cases including sedition, murder and looting of government properties,’ he added.

A prominent PCAPA leader expressed fear that the police could stage a fake shootout and kill Manoj. ‘We are taking legal advice and would announce our plan in the evening,’ said the PCAPA leader, who did not want to be named.

However, Kalipada Mahato, said: ‘We would lodge a complaint against the police for kidnapping Manoj with the Lalgarh police station’.