War of nerves over hostage cops 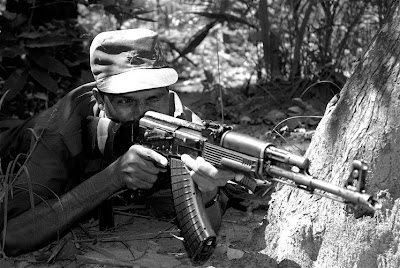 Patna, Sept. 1: Four captured policemen are caught in a battle of nerves between the government and the Maoists, three days after they were taken hostage following Sunday’s gun battle in Lakhisarai’s Kajra hills.

The rebels have extended their “deadline”, giving the government until 10am tomorrow to release their jailed colleagues in exchange for the freedom of the four policemen — Rupesh Sinha, Abhay Yadav, Ehtesham Khan and Lukas Tete.

Seven policemen were killed in the botched operation to trap Maoist guerrillas.

Sources said the Maoists were looking for a safe passage for their cadre after releasing their hostages.

Bihar police, which had initially dismissed the deadline of 4pm today as “unofficial”, said they were chalking out a strategy to get the men released.

“Our men are on the job and efforts are being made to rescue the four policemen from the clutches of the Maoists,” Thakur said, adding that a helicopter had been pressed into service to ascertain the whereabouts of the captives.