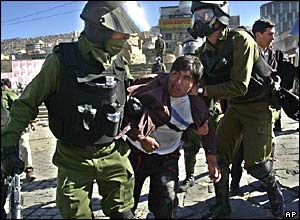 At his inauguration at the pre-Inca ruins of Tiwanaku five years ago, Evo Morales donned a poncho, it was a moment of high symbolism: Bolivia’s first president of Indian descent has championed their rights ever since.

Five landslide elections have made Mr Morales, a leftwing former llama herder and coca farmer, one of Latin America’s most popular leaders and left the opposition fragmented.

Mr Morales and his Movement Towards Socialism (MAS) have a comfortable majority in Congress, enjoy the loyalty of the military and hold sway over the judiciary. The government expects 4.5 per cent gross domestic product growth this year.

But divisions among his traditional Indian supporters are surfacing. In the mining region of Potosi, traditionally one of Mr Morales’ bastions, residents, miners and peasants have been on strike and engaged in anti-government protests since late July.

They are demanding greater investment in their region and want a solution to a boundary dispute with neighbouring Oruro. In one of Latin America’s key mining areas, these protests and blockades have ground mining production to a halt.

That disenchantment is increasingly visible around Bolivia. “Evo traitor” reads graffiti near the presidential palace, in La Paz.

“Evo has betrayed some large sectors of the indigenous population”, says Pedro Nuni, a disenchanted MAS congressman. “He and many others in the government love the label ‘indigenous government’, but the reality is that he is turning his back on some of the indigenous brothers – especially us lowlanders – on behalf of indigenous highlanders”, says Mr Nuni, whose lowland seat in gas-rich Santa Cruz lies in what was traditionally the heartland of the rightwing opposition.

“The situation is complicated,” says Senator Eugenio Rojas, one of Mr Morales’ closest allies. For the first time we the peasants, the indigenous, have the right to run this country. But now we are seeing problems between indigenous people over power, territories and ancient disputes,” he acknowledges. “This is provoking some clashes inside the MAS structure.”

Divisions within the MAS between leftist, indigenous, union and civic groups are growing, says Carlos Toranzo, a political economist with the Latin American Institute of Social Research. “They all fight for control of government spending and opportunities for patronage. These are classic power fights inside the structure of all-powerful political apparatuses that are based on clientelism.”

One problem is that Mr Morales has raised expectations in terms of the decentralisation of power, indigenous rights and land rights. Recent protests and strikes by Indians and trade unionists expose the government’s vulnerability to unrest from previously stalwart supporters. “Everybody seems to be taking advantage of the dissatisfaction with inefficiencies, corruption and MAS intimidation,” Mr Toranzo adds.

Part of the anger felt by some indigenous lowlanders is due to what some call “Evo’s oil lust” as the government explores for resources in protected areas of the Amazon.

“Evo’s environmentalist and industrialist rhetorical facade that helped secure a second term has fallen away. Everything shows that this is a government desperate to get money and is returning the country to what it said it was against: a model of pure extraction of natural resources at any cost,” says Mr Toranzo.

The energy sector needs investment urgently and fluctuations in the volumes and price of gas exports, Bolivia’s main source of revenue, have had an impact on the economy.

Some even fear Bolivia may lose a share of its main market for gas exports, neighbouring Brazil, if José Serra wins October’s presidential election. The centre-right candidate is likely to cool ties with some of President Luiz Inácio Lula da Silva’s leftwing allies, among them Mr Morales.

Bolivia’s finance minister, Luis Arce, forecasts 4.5 per cent growth for Bolivia and a $1bn trade surplus by the end of the year. “We are advancing and delivering results into the hands of the people,” he said. “The change is now irreversible.”