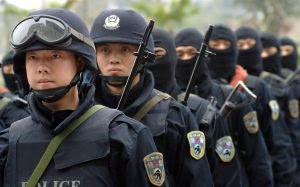 Beijing (AsiaNews / Agencies) – At least 13 residents (including three members of the electoral college of control) have been arrested and several others sought in the wake of protests that erupted in late July over elections in the village of Raolefu, a rural area in the suburbs of Beijing.

On July 27, candidate Song Jianzhong lost to the village head and secretary of the local Communist Party (CCP) Jiandong Wei by just five votes. But the final results did not include data from 51 ballots and residents demanded a recount. Wei turned down their request and ordered police to immediately remove the ballot boxes. At least 500 angry people then locked the doors to prevent the removal of the votes.

The election officials promised full clarification, that never arrived. Instead a day after more than 200 riot police came who forcibly took away the ballot boxes. There were clashes and 4 residents were arrested allegedly for blocking a highway, an accusation the villagers deny.

In the following weeks, protests continued, with groups of dozens of residents around the city blaming Wei of fraud and of having bought votes and calling for new elections. Police arrested at least nine other people, including President of the Election Committee Liu Jinfu, who was accused Wei of fraud and said that the Committee had been prevented by him and the police from verifying the votes. Song has disappeared and is believed to be hiding.

Wei insists that he called the police to “protect the votes from residents who wanted to take them”.

But the well-known pro-human rights lawyer Li Xiongbing tells the South China Morning Post that “under the electoral law, Wei had no power to order police to take away the ballot boxes. The Commissioner of elections is the only one who can do it. “

This entry was posted in state security and tagged china, repression, social tension. Bookmark the permalink.