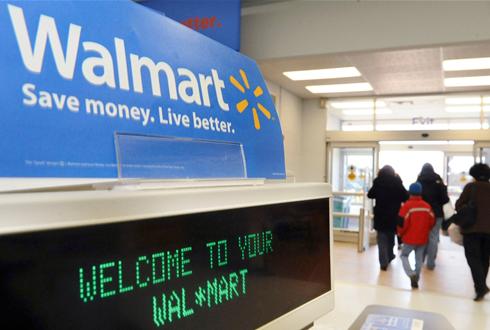 NEW YORK — Wal-Mart Stores (WMT) is putting electronic identification tags on men’s clothing like jeans starting Aug. 1 as the world’s largest retailer tries to gain more control of its inventory. But the move is raising eyebrows among privacy experts.

The individual garments, which also includes underwear and socks, will have removable smart tags that can be read from a distance by Wal-Mart workers with scanners. In seconds, the worker will be able to know what sizes are missing and will also be able tell what it has on hand in the stock room. Such instant knowledge will allow store clerks to have the right sizes on hand when shoppers need them.

The tags work by reflecting a weak radio signal to identify the product. They have long spurred privacy fears as well as visions of stores being able to scan an entire shopping cart of items at one time.

Wal-Mart’s goal is to eventually expand the tags to other types of merchandise but company officials say it’s too early to give estimates on how long that will take.

“There are so many significant benefits in knowing how to better manage inventory and better serve customers,” said Lorenzo Lopez, a Wal-Mart spokesman. “This will enhance the shopping experience and help us grow our business.”

Before the rollout, Wal-Mart and other stores were using the tags, called radio frequency identification tags, only to track pallets or cases of merchandise in their warehouses. But now the tags are jumping onto individual items, a move that some privacy experts describe as frightening.

Wal-Mart, which generated annual revenue of a little more than $400 billion in its latest fiscal year and operates almost 4,000 stores, has huge influence with suppliers. That makes other merchants tend to follow its lead.

“This is a first piece of a very large and very frightening tracking system,” said Katherine Albrecht, director of a group called Consumers Against Supermarket Privacy Invasion and Numbering.

Albrecht worries that Wal-Mart and others would be able to track movements of customers who in some border states like Michigan and Washington are carrying new driver’s licenses that contain RFID tags to make it easier for them to cross borders.

Albrecht fears that retailers could scan data from such licenses and their purchases and combine that data with other personal information. She also says that even though the smart tags can be removed from clothing, they can’t be turned off and can be tracked even after you throw them in the garbage, for example.

Wal-Mart officials said they are aware of privacy concerns but insist they are taking a “thoughtful and methodical approach.”

“Wal-Mart is using it strictly to manage inventory. The customer is in complete control,” he said. Fogelman added that Wal-Mart’s readers identify only inventory it has in the store.

To placate privacy concerns, Wal-Mart, which is financing some of the suppliers’ costs, is asking vendors to embed the smart tags in removable labels and not embed them in clothing.