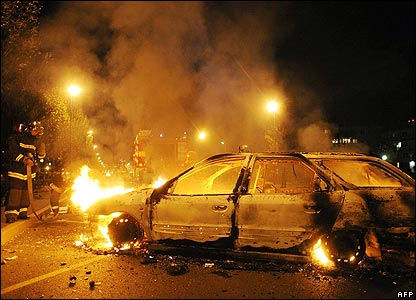 Sgt. R. Knecht, who responded to the scene, said it appears someone purposely set fire to two vehicles on Campus Hills Circle and one vehicle on Naples Court North. The neighborhood is next to the North Campus of Florida State College at Jacksonville.

The first of the Campus Hills Circle fires started about 1 a.m., and the other two were reported about 4:20 a.m., Knecht said.

Knecht said police do not have a suspect in custody and a description is not yet available.

He also said he does not know whether the vehicles were targeted or randomly selected.

This entry was posted in Uncategorized and tagged social tension, united states. Bookmark the permalink.