Residents torch own flats after eviction 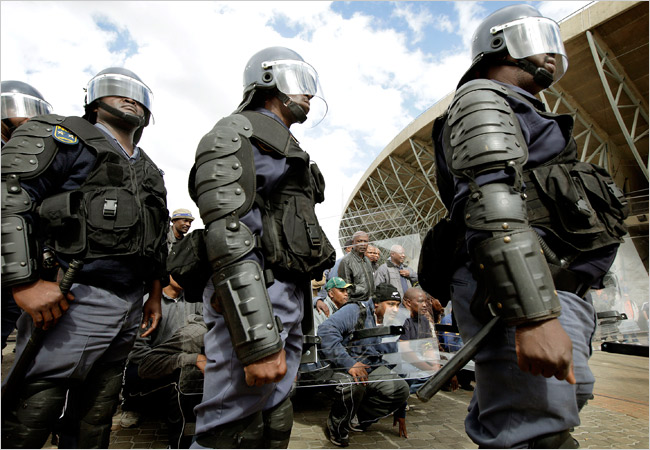 Residents at a government-subsidised housing complex have refused to leave their homes without a fight.

Part of the 330-unit River View block of flats in Cato Manor was set alight by angry residents on Wednesday when they received notices of eviction from a court sheriff.

It is believed the violence flared up because of a disagreement between the managing company, the Social Housing Company (Sohco), and tenants.

The non-profit company supplies houses across the country to low-income families who qualify for a government subsidy.

According to a lawyer representing about 150 residents, Trevor Nkosi, the tenants were adamant they had been misled when they signed the leases.
“They were initially told they would pay between R800 and R1 500 a month, but some are paying rentals as high as R3 000. Although it was initially promised, and is available at other Sohco developments, the option of rent-to-own was not made available to them,” he said.

When the sheriff, escorted by Cato Manor SAPF officers, went to serve the notices a crowd of about 150 people turned on them. A police officer said residents had blocked the only exit by setting tyres and bins alight.

“We tried to arrest the culprits when they turned violent. They started attacking us and two women, who had thrown the burning bins in front of our vehicle, ran into the crowd,” he said.

Some members of the group allegedly ran into the flats and set fire to the stairwell, which was badly burnt.

“They refused to let the fire truck through; they tried to close the gates on the vehicle,” the officer said.

Sylvia Danster, who has occupied a flat at the complex since September, said residents had to stand together and unite to prevent their neighbours from being evicted.

Another resident, Natasha Metedad, said she was paying R2 200 while her neighbour was paying R850 a month.

“The flats are the same size, there is no difference. I just don’t understand why am paying so much.

“At the moment, my husband and I are not employed. We just make ends meet with the little we get and we have three children. If I get kicked out, who will take me in with three children?” she asked.

On Wednesday night, the security hut on the premises was allegedly set alight.

The officer said some residents had parked their vehicles in front of the main gate, refusing to let anyone enter or exit.

Police spokesperson Brigadier Phindile Radebe said three people had been arrested for public violence and appeared in court on Wednesday.

Last year, residents at the Sohco Valley View complex in Hillary had a similar clash with the management over lease issues.

The police were called in to quell the violent crowd.

The managing agent, Sohco, could not be reached for comment.