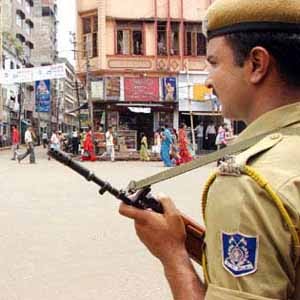 The people long for the day the current orgy of killings in the state, a good number of them quite ostensibly in fake encounters by the security forces tapers off to a final halt. That unrestrained killings still continues even in the aftermath of the public uproar protesting the killing of Sanjit and Rabina Devi on July 23 last years in broad daylight at BT Road comes as a big surprise. The sense of impunity acquired by the government forces in the years that have gone by is beyond even the wildest expectation of the people by and large. The killings have become so common place today that it is becoming increasingly becoming difficult to decide any encounter victim is a UG or or surrendered UG or completely innocent.

It has become the normal resort of every security agency in the state engagaed in the counter insurgency operations to claim each and every incident of killing happend during the fierce encounters. It is also an equally common phenomenon today in many of these cases for families of persons killed by the security forces in what are claimed to be encounters, the family members to counter claim the deceased had been after arrested prior to the killing. It would also have been noticed by all observers that when the victims are indeed UG cadres, families normally acknowledge this.

The killing of Ch Nanao alias Sanjoy alias Tocha Meitei by the security forces at Sekmaijin Maning Leikai and of Khumbongmayum Orsonjit 19, of Sega Road Konjeng Hajari Leikai by the Imphal West district police commandos on March 16 afternoon near a bridge connecting Toathong and Tharoijam village are just two examples. The security forces had claimed they were killed in an encounter with the security forces, and the families counter claimed they killed by the security forces after arrested. In the face of such contradictory claims the public are at a loss as to who to believe. False or real, the dead in these “encounters” are the only loser in the end.

On the other hand except in few instances, there were less report of injuring or killing of involved security forces during the encounter with the UGs specially in the valley districts of the state. Besides, the security forces commonly mention in every report of killing UGs or suspects by them in reported encounters, that the gunbattles were always provoked by the UGs against the security forces. If this were so, it it diffiult to believe there is such a negligible number of casualties on the side of the security forces. Normally those staging ambushes have the advantage at least initially.

In all these reports of encounter hence there seems to be some missing links creating suspicions in the minds of the public over these encounter claims by the security forces. This does not meant that, there have been no actual real encounters beween armed UGs and security forces in the state. People of the state are not so dumb as not to be able to gauge which encounters are likely to be real and which fake. As thumb rule, these real encounters happen mainly in interior, hilly tracks and border areas of the state and very rarely in towns and cities.
Mentioned may be made that, the main objectives of ongoing inquiry to the recent July 23 incident at BT Road Imphal conducted separetely by the Retd. Justice PG Agarwal and the inquiry that is under the progess handled by the CBI is among others to recommend ways to fool proof the system against fake encounter killings.

It would become hindrance to security forces who have been sincerly struggling to fight insurgency if fake killings even amidst inquiries by the highly respected institutions of the country like the CBI and the Judicial Inquiry headed by Retd. Justice PG Agarwal, constituted under the Commission of Inquiry Act, 1952. in order to probe the recently alledged fake encounter.

The people of the state anxiously await the report of the two inquiries so as to get strong directives to security forces to limit unwarranted killings in the state.